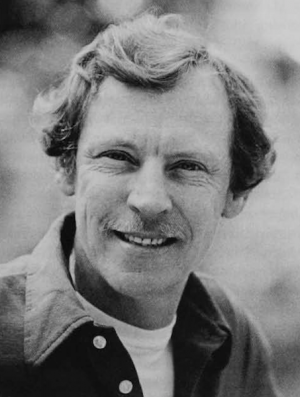 TRAVIS HUDSON was generally known as a mild-mannered museum curator, but he had many other sides. He had painstakingly traced his genealogy back to the Norman Invasion. He had a Confederate flag on his yellow VW bug, a custom-made rebel uniform and several articles on Civil War history to his credit. He did woodworking, stained glass, hide tanning, and quite respectable Crow beadwork. Like his Texas ancestors, he went by his middle name.

Travis Hudson managed to overcome the potential handicap of early years spent in a confusing succession of step-families in a poor neighborhood of Los Angeles. As a child he was interested in Indians. He read whatever he could get his hands on and began purchasing projectile points and other artifacts from mail-order catalogs. By the time he was in high school he had compiled a meticulous inventory of the hundreds of objects he had acquired.

He played trombone in the band and delighted in sabotaging the instruments of his fellow musicians, especially of those who were bigger and meaner than he. He engaged in other daredevil stunts: a favorite was to lay a series of cola bottles on the floor of a friend's car and drive mountain roads fast enough to roll six bottles at a time from one side of the transmission hump to the other.

After a brief stint in junior college and experience as a bullfighter, Travis joined the Navy. He told hair-raising stories of survival school and flying the North Pacific below radar level. In 1965 he went to work in the computer industry for several years and spent his off moments creating graphic-design programs.

Having a regular job apparently didn't give Travis enough to do. He continued working full time to support himself and his young family while he returned to school and his early love of anthropology, graduating cum laude from Long Beach State University in 1970. With astounding energy, he went on to graduate school at Arizona State University and managed to complete both his M.A. and Ph.D. in the record time of four years. Although he maintained a strong interest in Mesoamerican metrology and calendrics, his master's research was based on excavation of an Anasazi pueblo and his dissertation was a weighty tome on prehistory of arid lands.

In July 1973, Travis was selected from a field of over 200 applicants to reactivate the Santa Barbara Museum of Natural History Anthropology Department, which had been shut down since the retirement of Phil Orr four years earlier. In his first three months as Curator and sole staff member of the department, he reorganized the 50,000-item collection, instituted an elaborate new cataloging system, and enlisted volunteer help.

That was my first contact with him. Between stints at background reading and cataloging — first as a volunteer, then as his assistant — I heard a succession of tales about Travis' exploits, experiences, and practical jokes. The stories were good enough that they were usually repeated for visitors, and I came to know many of them verbatim. They were interspersed with rapid-fire puns, most too painful to repeat. He was particularly proud of a telephone he had built of papier-mache in the shape of a crocodile skull; the eyes flashed when it rang and the mouth opened when the femur-shaped receiver was hefted.

Despite his love of horseplay, he managed to do plenty of work. In addition to supervising work on the collections, he was an active and prolific researcher on a wide variety of topics. A museum board member once commented that Travis had the metabolic rate of a hummingbird, and more than once it was said that the reason he had so many publications was that he was such a fast typist. His mind raced faster yet. Unwilling to waste the time to check spelling and edit his own work, he frequently pressed me into service as a sort of translator. Over a ten-year period, Travis' research projects included marine archaeology, Chumash material culture, reconstruction of a Chumash plank canoe, Chumash ethnohistory and traditional culture, archaeoastronomy in California, rock-art symbolism, using museum collections and ethnographic data to recreate traditional costumes, songs, dances, and rituals for Chumash people today, and a three-year study of California Indian objects in anthropological collections of museums in the Soviet Union and Europe.

If Travis had a mission in life, it was working in the Harrington "gold mine." It began with a 1974 visit to the San Diego Museum of Man, where he saw a battered plank canoe in a basement storeroom, learned that it was said to be Chumash, and set about getting it loaned for display in Santa Barbara. In his efforts to find the history of the boat, he turned up some 3,200 pages of field notes by the now-infamous (but then virtually unknown) ethnographer/linguist John P. Harrington. His study of the canoe notes led to construction of a seagoing replica named Helek and helped spark a revival of Chumash identity among contemporary descendants. He was deeply wounded when the appreciation he deserved for his efforts to preserve this cultural heritage was marred by acrimony.

Through the canoe project another door had been opened. Some of Harrington's voluminous but daunting Chumash material had already been studied by others, but Travis leapt into it with unparalleled enthusiasm and dedication. He kept at it for the better part of a decade. Over 50 of his publications were based on this research. It required a computer- like mind and singleness of purpose, and he was well suited to the task. Sometimes he dreamed about Harrington and the Chumash consultants he had come to know through the notes. He found the late, eccentric Harrington a kindred spirit in many ways, but fortunately was able to avoid Harrington's pitfall of never feeling the work was complete enough to publish. Travis believed in getting it out, knowing that while some interpretations would be controversial, at least the work would be made available to others so that knowledge could be advanced. He inspired others to follow and spawned a true renaissance in Chumash studies. Thanks to these efforts, conceptions about California Indian peoples have changed considerably in the last decade.

Travis had an instinct for seizing opportunities to investigate new territory. On December 20, 1976, two friends came into the museum to tell of unusual phenomena they had observed in a back-country pictograph cave at sunrise. Knowing the importance of the winter solstice in Chumash belief from his work with the Harrington notes, Travis quickly organized an investigation. The small group left at midnight, drove far into the mountains and hiked in the dark for hours in subfreezing temperatures. Teeth chattering, hands numb, we watched the sun rise over a pointed rock outcrop and shine through an apparently man-made hole into what later became known as Condor Cave.

This expedition sparked a thought-provoking treatise on Chumash astronomy, cosmology, and rock art which became a milestone in a new field of research — archaeoastronomy. Various investigators following Travis' lead have found a great many solstice-oriented rock alignments and pictographs, enough for most skeptics to become convinced that prehistoric Californians had a well-developed understanding of astronomy and incorporated it into their ritual behavior.

Travis' longstanding interest in Native American material culture led him into the most monumental task of his career, a complete inventory of Chumash artifact types as described in historical documents and Harrington's notes. In this he worked with his long-time professional collaborator and personal friend, Thomas Blackburn, to produce an encyclopedic five-volume series. The material culture project necessitated study of museum collections around the country and, eventually, abroad. In 1982, the U. S. National Academy of Science and the Academy of Sciences of the U. S. S. R. jointly awarded Travis a scholarly exchange fellowship to pursue his research in the Soviet Union. The study of early European collections of California Indian objects occupied him for the last three years.

Travis was not an easy man to work for. He spent most of his time holed up in his office, typewriter going at breakneck speed, bleary-eyed from intense concentration when he emerged to share a new breakthrough. We once went for weeks without speaking to each other, but somehow stuck together for 12 years. He was often difficult to approach, too busy with his self-imposed workload to pay attention to social niceties or business relationships. But he was superb at conveying his excitement about the Chumash to volunteers, student interns, docents, lay people, and colleagues. He was always full of ideas, some outlandish, others brilliant. He entrusted novices with responsibility, giving them the courage and experience to become respected professionals in their own right. Like his beloved Chumash research, Travis was complex and contradictory. He was fond of joking, but nothing would distract him from a question until he had it resolved. Though profoundly rewarded by his professional career, he often seemed plagued by self-doubt. His unexpected death at the age of 44 on July 6, 1985, meant the loss of a uniquely creative, energetic, and inspiring force in California anthropology.

[original in SCIF archives; presentation "To Carey [Stanton], who shares my interest in the past— Travis"]