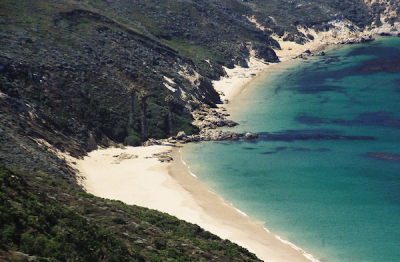 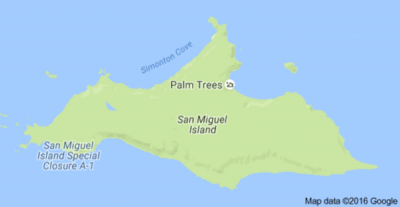 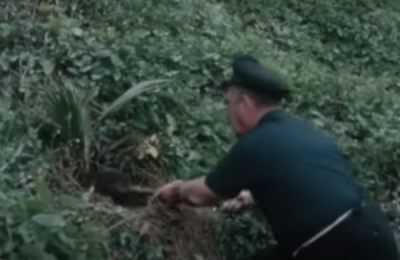 Bearer is entitled to Free Drinks and Courtesies of Clubhouse on San Miguel Island.

There was no Clubhouse on San Miguel Island, of course.

A well-traveled and multi-faceted man of many interests, Hughey patented a Fire Hose Cabinet in 1964 in the Canadian Parent Office.

Ben was an avid yachtsman and yachting forged many friendships in the U.S. and Mexico. Hughey crewed on Acapulco and Mazatlan races and was on the crew of Odyssey in the 1955 Honolulu Race with Dick Steele, Mrs. Steele, Walt Elliott, Vern Edler, Morley Chase, Chuck Cotton, John Scarborough, among others. (They were 5th in Class of 15, and 13th overall in a fleet of 49).

n 1970 aboard Tamalmar with John and Katie Swigart, he transported additional palm trees grown at his Montecito home, El Fureidis, to San Miguel Island and planted them at Cuyler's Harbor where they can still be found today. He also provided the palm trees for Moonstone Cove on Catalina Island for his friends at the Newport Harbor Yacht Club.

Ben married his wife, Elizabeth, in 1952, and they had two children:

Ben Hughey died on January 2, 1997 at age 90. He is buried in the Ocean View section of Santa Barbara Cemetery.