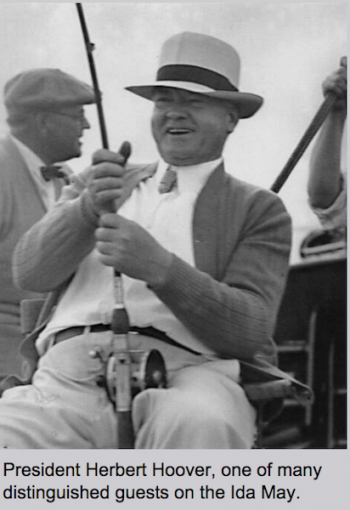 My favorite F&S yacht is 46-footIda May, built in 1926. Her original owner, Willard Van Brunt, president of the John Deere Company, died in 1935 from shock after falling on his yacht and breaking his hip. The vessel was then purchased by Stan Laurel (of Laurel and Hardy fame).

Her most devoted owner, Jonah Jones, was one of the founding fathers of the Long Beach Yacht Club and president of the Tuna Club in 1947. Jones, who owned the yacht for 40 years, was Howard Hughes’s attorney. Hughes fished on board, as did Ernest Hemingway, Mae West, Charlie Chaplin and Joe Kennedy. The pristine yacht is currently on the market in San Rafael.