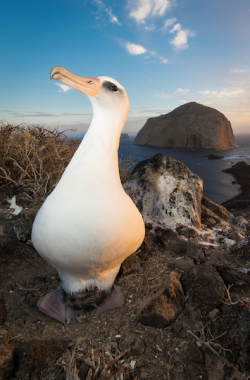 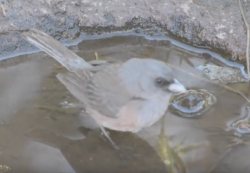 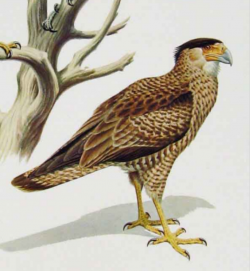 ISLA GUADALUPE has been called one of the most interesting islands in the world. Located 180 miles west of the Baja California peninsula, this volcanic island, not attached to the continental shelf, rises from great ocean depths to 4,257 feet. It is 94 square miles in size ~ almost as large as Santa Cruz Island. Today temporary fishing camps are located on the island: Campo Norte ("North Camp", four buildings); Campo Lima (Campo Corrals); (one building); and Arroyitos (four buildings). An abandoned fishing community, Campo Este ("East Camp"), is located near a cove on the eastern shore. At the southern tip, on Melpómene Cove, there is a weather station staffed by a detachment from the Mexican Ministry of the Navy. The site is called Campamento Sur ("South Encampment"). Near the center of the island is a small dirt airstrip called Campo Pista.

Isla Guadalupe was the refuge of the last surviving elephant seals at the turn of the 19th century. It is home to the endemic Guadalupe Fur Seal (Arctocephalus townsendi), in addition to a number of endemic birds:

* NOTE: “The USNM houses an egg (B43872) reportedly collected on 28 May 1906 by M. L. White. This was during the time that Brown and Marsden were on the island. It is highly unlikely that this specimen is from Isla Guadalupe. The University of Florida also houses eggs (#s 1136 and 52321) reportedly collected by W. A. Myers (three eggs—4 March 1880) and H. A. Ward (one egg—4 March 1880), respectively, both of whom were professional dealers in avian specimens. These records, too, are of dubious origin, as there is no other evidence of a visit to the island during this time. The Nidiologist (Taylor 1895) contains a heated letter from editor Harry R. Taylor to a dealer in avian specimens (Walter F. Webb) who had advertised Guadalupe Caracara eggs for sale. Taylor responded "And I may add, that if successful in purchasing any or all of these eggs, I intend to form a syndicate to place an order with you for a series of eggs of the Dodo..." ” [» Everett, William T. Rollo H. Beck’s Visits to Isla Guadalupe, Mexico, with Additions and Corrections to the Island’s Avifauna (2019)]