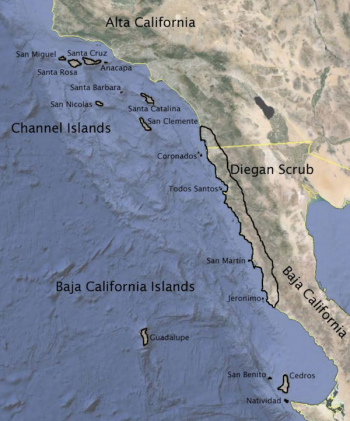 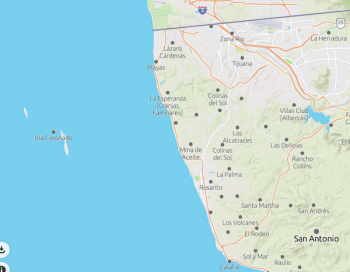 Islas Coronados are a group of four small islands in Baja California, Mexico that are clearly visible from the mainland, and only a short boat ride offshore. They are 18 miles southwest of San Diego and 7 miles straight off Baja California between the border and Rosarito Beach. Vizcaíno named them Los Cuatro Coronados —the four crowns, today shortened to Los Coronados: North Island, South Island, Middle Island and Middle Rock.

North and South islands are the largest and highest. North Coronados has no bay, but boats can anchor on the eastern side. The two middle islands, Pilón de Azúcar (Pile of Sugar) and Middle (Central) Coronados are just rocky peaks that rise to about 100 feet. A cove below a lighthouse on South Coronados forms the only bay on the islands.