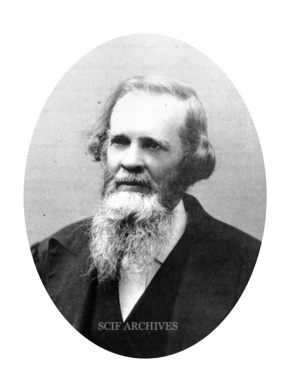 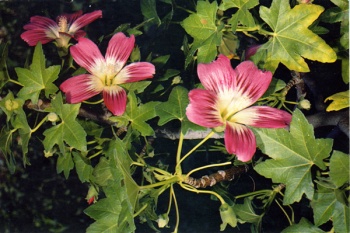 KELLOGG, Albert (1813-1887) was born in Connecticut on December 6, 1813, second of six children of Isaac and Aurilla Barney Kellogg. He attended a medical student at the Medical College of South Carolina, and graduated from Transylvania University in Kentucky. Kellogg was drawn to California by the gold rush of 1848; in San Francisco he opened a medical practice and drugstore. He eventually neglected his medical practice in favor of his enthusiasm for botany, and he and his fellow naturalist friend, William G. W. Harford, often traveled in the field together. In 1853, Kellogg was one of seven men who organized the California Academy of Sciences, and through the years he served in several capacities: vice-president, librarian, curator, and museum director.

With members of the U.S. Coast Survey, Kellogg and Harford made trips to various Channel Islands, and in November 1874 they became the first botanists known to collect on Santa Cruz Island. Many of the plants they collected were species new to science, including the Santa Cruz Island buckwheat (Eriogonum arborescens), found only on Santa Cruz, Santa Rosa and Anacapa islands. Kellogg may have made a trip to Santa Barbara Island around 1871. He described and named giant Coreopsis, which is found on all eight California Channel Islands, in a paper he presented in 1871. Albert Kellogg and W. G .W. Harford were also the first to collect Hazardia on Santa Cruz Island, probably in 1874, and named for their friend, Rowland G. Hazard. Kellogg was a member of a group of enthusiastic collectors of the day that included conchologist Henry Hemphill (1830-1914), naturalist William G. W. Harford (1825-1911), C. D. Voy, Robert Edward Carter Stearns (1827-1909) and others.