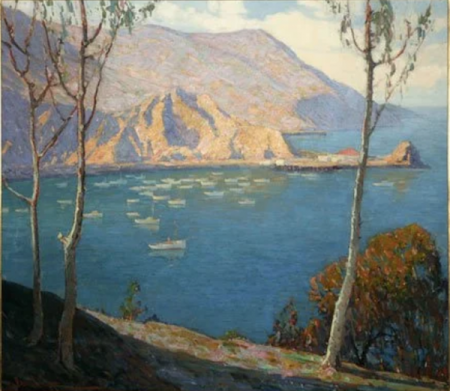 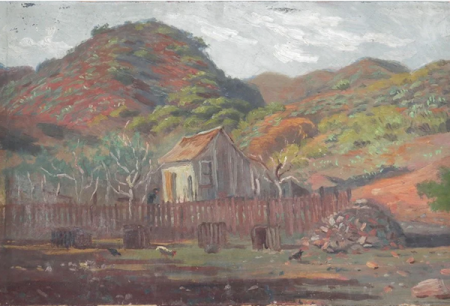 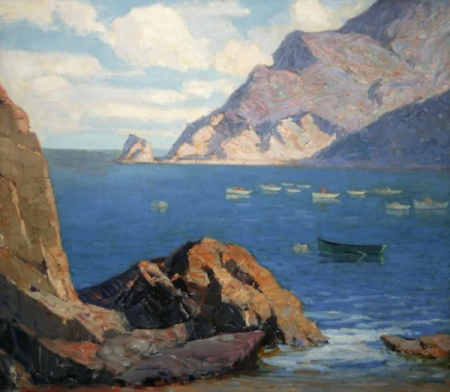 LAURITZ, Paul (1889-1975) was born in Larvik, Norway, where an English watercolor artist gave Lauritz private lessons in exchange for his family providing room and board. Lauritz also studied at the Larvik Art School before he left for Vancouver, Canada, at the age of sixteen. Lauritz later moved to Portland, Oregon, where he worked as a commercial artist. In 1912, he married Mary Potterton and the couple soon moved to Alaska in search of gold. Although Lauritz did not find his fortune during the years spent in Alaska, he found inspiration for several paintings, and met Alaskan artist Sydney Laurence with whom he exhibited.

In 1919, the Lauritz's abandoned their quest for gold and relocated to Los Angeles, California where Lauritz opened a studio. He gained early recognition with his portraits, snow scenes and marines, one of which was commissioned by the king of Norway. However, Lauritz’s specialty became landscapes. In addition to painting along the coast of southern California, he traveled and painted extensively in the Sierra Nevada region as well as the deserts of California, Mexico, and Nevada.

Lauritz taught at the Chouinard School of Art and the Otis Art Institute. He served as president of the California Art Club for two years and was a member of the Painters and Sculptors Club, the Los Angeles Municipal Art Commission, the Laguna Beach Art Association, the Royal Society of Art in England, and the Salmagundi Club in New York. Throughout his career, the primarily self-taught artist was bestowed with numerous awards for his work from museums, expositions, and clubs throughout California. Paul Lauritz died in Glendale, California in 1975.