Difference between revisions of "LESSER SCAUP" 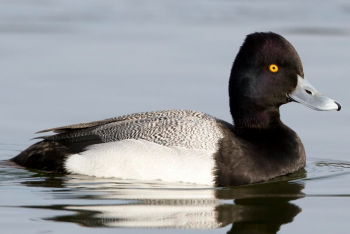 1907 San Clemente Island: “ Aythya affinis. Lesser Scaup Duck. Several ducks which I believe to be of this species, were seen during February. In October several thousand ducks, of several species, were reported off the northwest coast by fishermen. ” [“Visits were made to Clemente in January, February, March, April and October, 1907.”]
Linton, C. B. Notes from San Clemente Island The Condor 10:82-86, March 1908