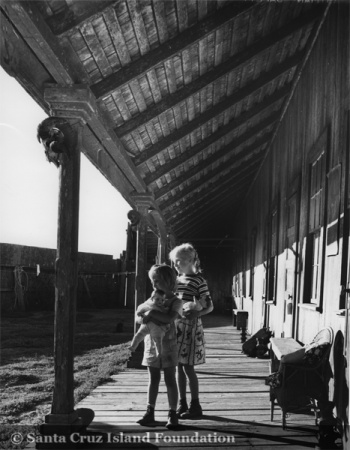 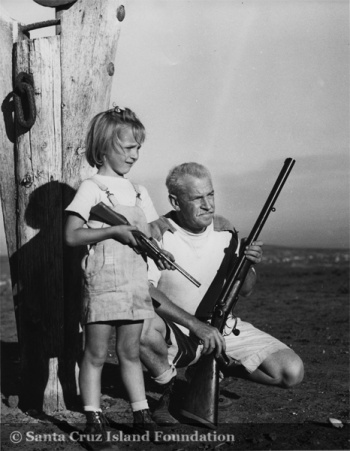 Herbert S. Lester, “Emperor of San Miguel Island” in the Pacific off the coast of Santa Barbara, Calif., with his younger daughter, Elizabeth Edith 5, who loves to play with her toy pop gun. Note Lester’s 8-bore elephant gun. 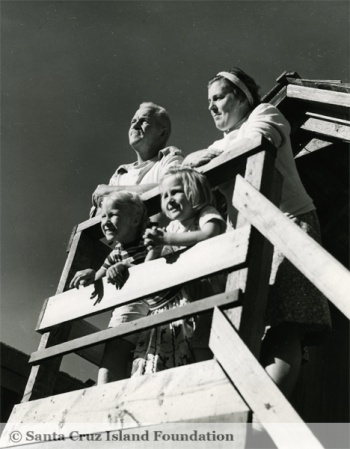 The Lester family on the porch of their San Miguel Island home, Mr. and Mrs. Herbert S. Lester and daughters Mary Ann Miguel, 8 and Elizabeth Edith, 5. The island is in the Pacific, 45 miles from Santa Barbara, Calif.

LESTER, Elizabeth Edith “Betsy” (b. 1933), second daughter born to Herbert and Elizabeth Lester while they lived on San Miguel Island. After Betsy, her mother and sister moved off San Miguel Island in 1941, she attended La Cumbre Junior High School, Santa Barbara High School (class of 1952), and the University of California at Los Angeles where she was graduated in January 1957 with a degree in zoology.