LE CONTE, Joseph (1823-1901), a native of Georgia, chemist, geologist and naturalist who moved to California where he conducted scientific research on a variety of subjects. In 1874 Le Conte was elected to the National Academy of Sciences, and in 1891 served as president of the American Association for the Advancement of Science. In 1892 he and John Muir and others founded the Sierra Club and served on the board from 1892-1898. Le Conte died in Yosemite Valley at the age of 76 in 1901. 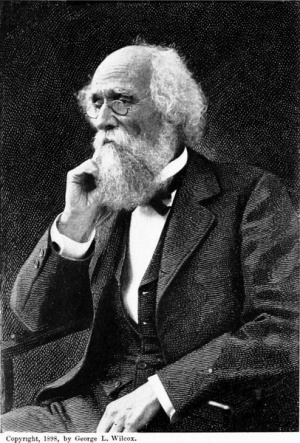 April 15, 1895 [LAT]: “Professor Le Conte talks of the glacial period of California… On the Santa Barbara islands have been found remains of the mammoth, also on the island of Santa Rosa…”