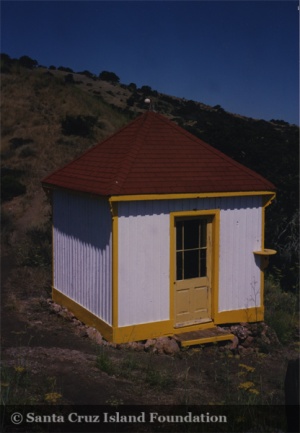 Lookout, Santa Cruz Island (Lookout Cabin, Harvey's Lookout), is located on a knoll behind Prisoners' Harbor on the island's north shore. This small wooden building, accessible by footpath, dates to the second half of the 19th century, before the advent of island communication. All island contacts were via vessels coming and going at the Prisoners' Harbor pier.

In the late 19th and early 20th centuries, a man was stationed at the Lookout with a telescope and lantern to signal passing ships to stop at the harbor for mail or passengers. An exterior shelf on the building's corner held the lantern.