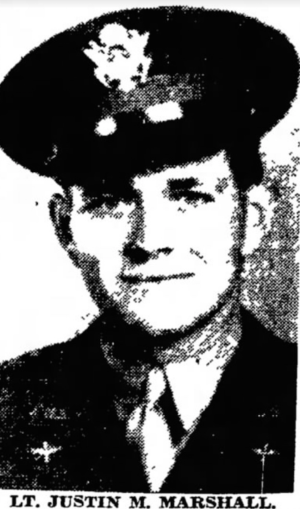 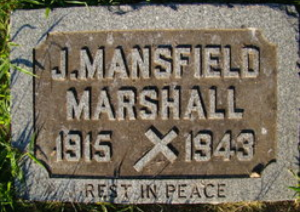 MARSHALL, Justin Mansfield (1915-1943)[Service Number O-729643], bombardier instructor killed along with all twelve passengers in the Consolidated B-24E that crashed into Green Mountain on San Miguel Island on July 5, 1943.

Marshall was born in Joplin, MO, and grew up in Rosedale and Shawnee, KS.