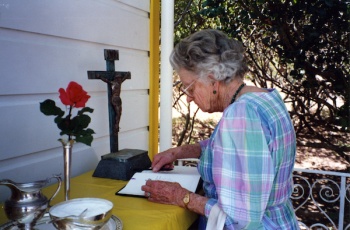 Jean Menzies was a friend of Carey Stanton's. She was a Santa Barbara historian and volunteer at the Santa Barbara Mission Archives Library. She served on the Santa Cruz Island Foundation Advisory Council until her death in 1993.