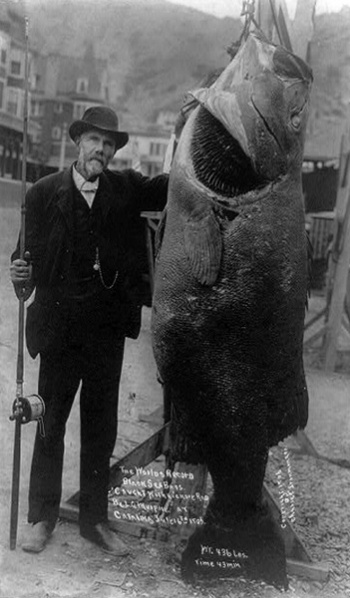 1905 Levin Graham Murphy, a lumberman of Converse, Indiana, with a hickory rod of his own creation and 436 lb. black sea bass, Santa Catalina Island 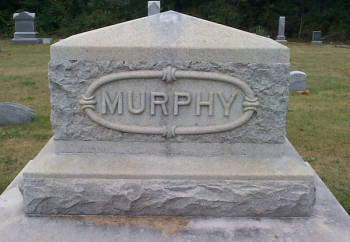 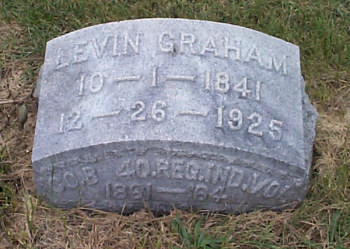 MURPHY, Levin Graham (1841-1925) was born in Shelby County, Ohio on October 1, 1841, the fourth of five children born to George G. and Margaret Arbuckle Murphy. On September 11, 1861, he enlisted in Company B, Fortieth Indiana Volunteer Infantry to fight in the Civil War. He served as Corporal until December 9, 1864. Murphy took part in a number of engagements: Battle of Shiloh; siege of Corinth; Stone River, in which he received a slight wound in the left shoulder and head; battle of Tullahoma; and with his brigade was the first to enter Chattanooga. His next battles were Mission Ridge; Knoxville; and Buzzard Roost Gap where he was wounded in the leg; the battle of Resaca; New Hope Church; and Kenesaw Mountain in the charge of June 27, 1864, where he received a wound in the left eye, blinding the eye, and ending his military career.

In the late 1890s, Murphy, who loved fishing, was attracted to Santa Catalina Island for the sport. At the time, tuna were considered almost impossible to catch by rod and reel, and Murphy wanted to try the challenge. He made many trips to the island, and his knowledge of woodworking gave him the idea of designing and creating a super-strong rod. The Murphy Rod soon became known as the premier rod of the world, and his rods were used by many Tuna Club members. On July 16, 1905 L. G. Murphy caught the year's rod and reel record for a black sea bass at 436 pounds.

Murphy died on December 26, 1925. He is buried in Converse Cemetery, Converse, Indiana with his wife, Mary.

July 12, 1909 [LAH]: “Avalon, July 11. A. W. Hopper of Boston today caught a gold button yellowtail while fishing off the west end of San Clemente Island. The fish weighed forty-three pounds and was brought to gaff in thirty-one minutes. With Mr. Hooper, who fished in the launch Swastika, was the veteran angler, L. G. Murphy of Converse, Indiana. Both anglers are members of the Catalina Tuna Club…”