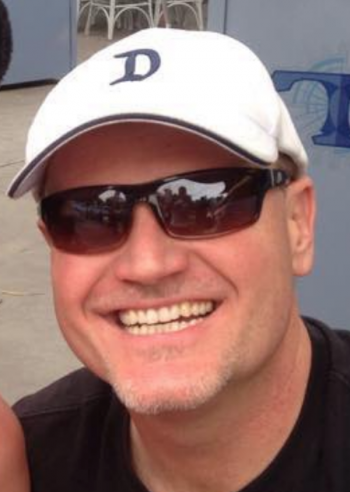 Charles Mcllvain was confirmed by family and friends to have been aboard the boat during the deadly fire. Netflix confirmed McIlvain, known as Chuck, was a creative pipeline engineer at the company. Marine conservation organization Sea Shepherd Conservation Society, posted condolences on its Facebook page. According to the post, Mcllvain was the organization’s photographer, Jasmine Lord’s husband. “Sea Shepherd is one big family and when one of our own suffers from a tragic loss each and every one of us agonizes along with them,” they wrote. “Our long-time and valued photographer suffered the loss of her husband and best friend in a tragic accident this weekend. Jasmine, in your time of need, please know that you have an entire family of fellow Sea Shepherd brothers and sisters who are sending you good thoughts and we are here for you for anything you need.” Jasmine Lord responded, commenting, “Thank you, my dear family. Charlie cherished every one. Thank you for your support.”

Chuck McIlvain and Marybeth Guiney were dive buddies who lived in the same Santa Monica apartment complex. Often, McIlvain’s wife would accompany them on dive trips, but this time was different as she was not on the trip.

Friends described McIlvain as having a “legendary” personality. Smart, charming and a good sense of humor were traits that commonly came to mind. “His sense of humor was legendary and I thought the world of him,” wrote Joseph Mancha on Facebook. “He just seemed impossibly cool and intelligent… what a magical person.” Culver City Councilman Alex Fisch, also a friend of McIlvain’s adjourned a council meeting in his honor Tuesday night. “He was a radiant bright light in many people’s lives — truly one of a kind — and he is sorely missed,” Fisch said. McIlvain worked for Walt Disney Imagineering and began a new job in April with Netflix, according to his LinkedIn profile.

Charles Spencer McIlvain, known as Chuck professionally and Charlie by his wife, family and friends, was born 23rd August 1975 in Los Angeles. Charlie grew up in Woodland Hills and Topanga. He went to TAFT high school and graduated from Cal Berkley with a bachelors degree in Engineering. He worked for Environ in the Bay area for several years before going back to a vocational school called Expressions, to learn the software they would use in VFX for movies. His first job out of school was at VFX company in Culver City, Sony Pictures Imageworks. His first film was Harry Potter. His full list of film credits can be found at IMDB https://www.imdb.com/name/nm1734164/

After 15 years at SPI, he took a few months off to travel the east coast of Australia (where his wife and Australian family are from). From there he started a new job at Walt Disney Imagineering, working on the newest attraction at Animal Kingdom “Flights of Passage” the James Cameron Avatar ride.

At the time of his passing Charlie and been working at Netflix, hopeful to create some new wonderful tools for the company. Unfortunately he died a mere 10 days after celebrating his 44th birthday and only 3 months of working at Netlix. Charlie leaves behind his wife, camera operator Jasmine Lord, who was in Miami on a documentary at the time of the fire. His four parents, 3 brothers, He was an incredible and beloved uncle to 11 nieces and nephews in the US and Australia. As well as countless other friends kids who adored his lively and infectious personality.

Charlie was diving with our dearest friend and neighbor Marybeth Guiney. They/we weren’t just dive buddies. We lived out of each others pockets. We had an open door policy so we would wander in at any time. Marybeth spent holidays with us, visited my family in Australia and we enjoyed regular dinners which I cooked several times a weekly. Marybeth was a beautiful and lively human who had the ultimate sense of wanderlust. She floored people with her age as she was immensely active and energetic. (She also didn’t look a day over 37) and she would absolutely do anything for anyone. MB as we called her, loved sports, particularly the Patriots and she cared about the conservation of our oceans. Her loss along with my husbands is devastating.