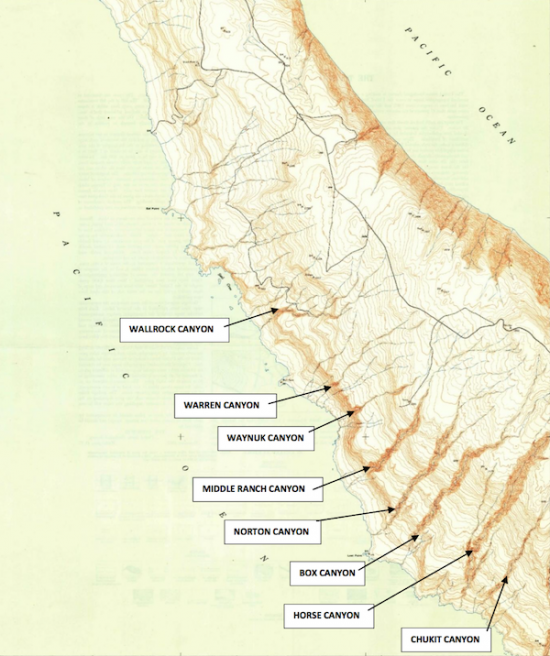 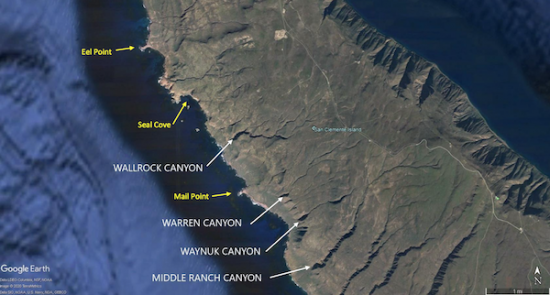 “What Forney called Half Way House and what was later known as Middle Ranch was located near the stream fork near a point approximately 3450 feet due east of The Tomb. Probably these were also the Eagle Ranch or Hay Ranch of Munz and Peirson; this was also used as a general term for the whole middle portion of the island. The stream down from these buildings drains Middle Ranch Canyon. ” [Raven, Peter A flora of San Clemente Island, California Aliso 5(3): 289-347, April 15, 1963]