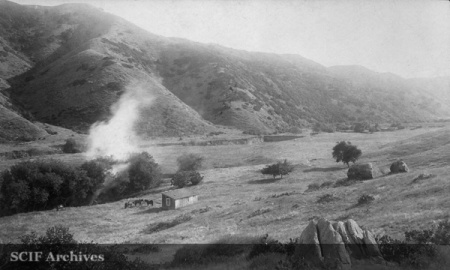 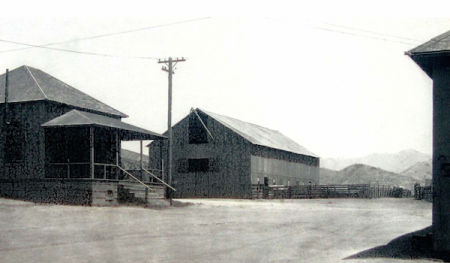 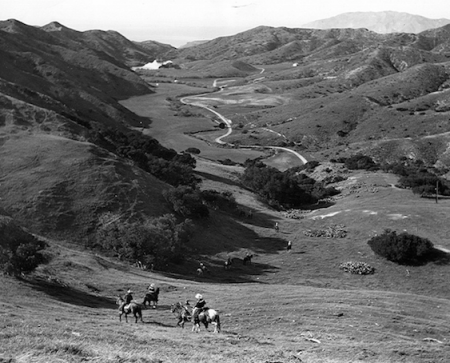 Middle Ranch, Santa Catalina Island, appears as Middle Ranch Stage Station on an 1893 topographical map of "The Island of Santa Catalina in part from the U.S. Coast Geodetic Survey." It is located in Middle Canyon, was one of several early sheep shearing stations on the island. Crews traveled from the mainland twice a year to shear the sheep. Middle Ranch was the headquarters of a sheep operation run by Mauer Cattle Company, who leased grazing rights from 1917-1924 from the Santa Catalina Island Company. In 1923, a long- standing problem of lack of fresh water was eased considerably by the construction of the Thompson Dam, which created a reservoir in Middle Canyon. Old homes were used by the sheepherders and later by the Banning family as a ranch home.