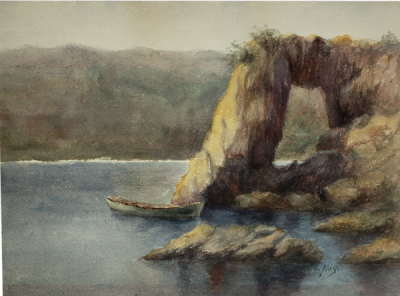 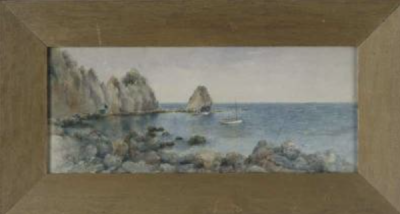 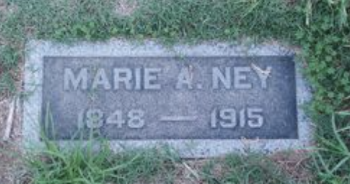 NEY, Marie Antoinette (1848-1915), was born in Vernon, New York. She studied at the Cooper Institute, the Art Students League in New York City, and with William Merritt Chase. Subsequently, she taught art in New Jersey and Long Island. Ney moved to Southern California in 1889, living for a period of time in a cabin that she built for herself in the San Gabriel Mountains. During the 1890s, she taught art in Pasadena-area schools including the Throop Institute (later Cal Tech). During that period, the Throop was identified with Pasadena's Arroyo Seco Culture. This was a community of artists, crafts-people, and writers who lived on the hillsides of the arroyo; their work linked Spanish and California Indian materials and designs to the broader Arts and Crafts movement. Ney had her own studio in Pasadena by 1900. She exhibited in the Academy of New York City, the National Academy of Design, and the American Watercolor Society. She became popularly known for her paintings of California's landscapes and historic missions.