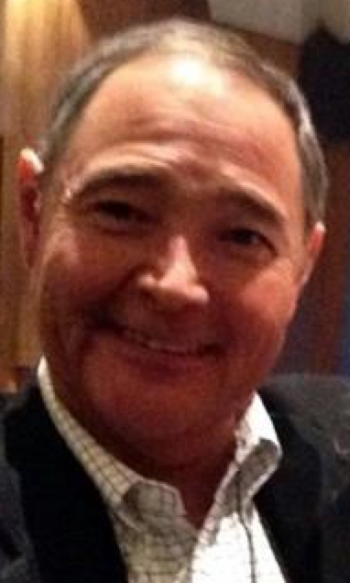 December 2015 [obits.dignitymemorial.com]: “Patric Thomas Nichols passed away on Saturday, December 19, 2015 while scuba diving off the coast of Santa Catalina Island, California. Patric was born in Battle Creek, Michigan on February 2, 1958 to James and Shizue Nichols. Patric and his family lived in several different states during his childhood, and finally settled down in Hawaii. Living in Hawaii, Patric developed a lifelong love of the sea, island lifestyle and an appreciation of Western and Asian cultures. Patric went to Honolulu's Iolani School and after graduation, attended Boston University, where he graduated with a BS in Business Administration in 1982. After graduating from college, Patric moved to Southern California and began a successful 30 year plus career as a commercial banker, starting with Security Pacific Bank, then subsequently worked for Union Bank of California and City National Bank before retiring from BBVA/Compass Bank in 2012 as Senior Vice President. In February 2009, Patric took his love of the sea to another level and received his Open Water Scuba Diving Certification. Scuba Diving became his passion and he had dive adventures throughout California, the Caribbean and Hawaii. He became a Technical Diver as well having a successful second career as an Open Water Scuba Instructor. Patric approached life with a sense of fun and venture. He had a smile for everyone and people remember him, even if they'd only known him briefly. He had a great sense of being of service to others and was ready to lend a hand to those in need. He served as treasurer of Riverside/San Bernardino Chapter of Feeding America for many years, was previously a Board Member of The Riverside Downtown Partnership and assisted other organizations as well. Patric is survived by the love of his life and wife of 30 years Janet, his Irish Wolfhound, Katie and a long list of friends who will miss his quick wit, warm smile and passion for learning and adventure. There will be a private scattering of his ashes at sea off Mission Bay in San Diego. Additionally, we will be holding a Celebration of Patric's Life at a future date and time.”