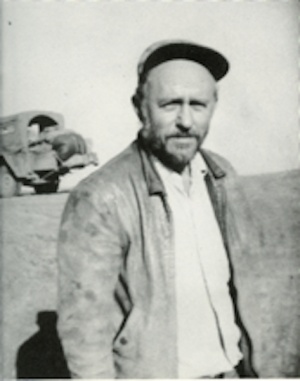 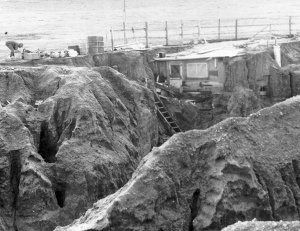 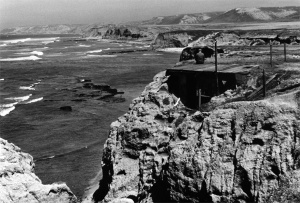 Spring 1950. “Mr. Orr and David Gray flew to Santa Rosa Island March 23 to hunt for "Cueva Vieja" a site photographed by Phillip Mills Jones while collecting for the University of California about fifty years ago. Professor E. W. Gifford, Director of the University's Museum of Anthropology, supplied the old photograph and approximate location on a map. From these they were able to locate the cave from the air, and consider how to reach it by land. On a later trip they flew to Skunk Point and the east end of Santa Rosa Island to collect the sea grass netting Mr. Orr had located in early March.” [Santa Barbara Museum of Natural History Leaflet Spring 1950.]