PARRY, Charles Christopher (1823-1890), physician, geologist and official botanist for the U. S.—Mexican Boundary Survey, who was well-known for his explorations in the western United States. He is noted for discovering the Torrey Pine and sending a specimen to his friend and former instructor, Dr. John Torrey, botanist at Columbia University, for whom the tree is named. In July 1876 Parry was in Santa Barbara for the Centennial Celebration. During his stay, he visited Santa Cruz Island and collected plant specimens. 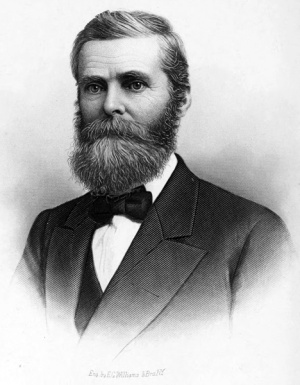