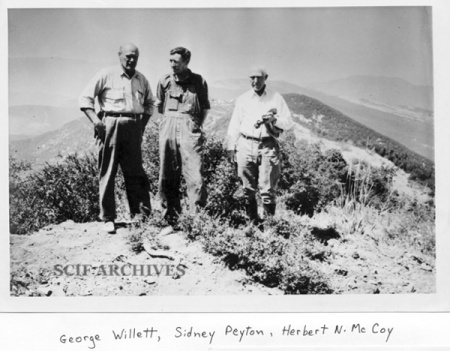 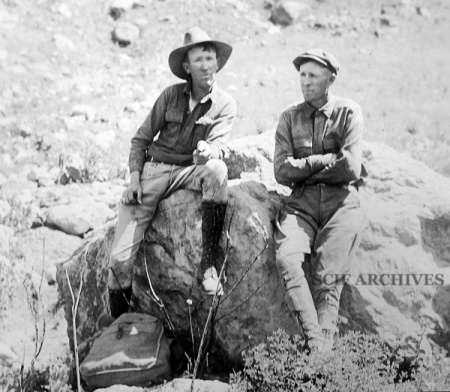 PEYTON, Sidney Burns (1892-1978), Fillmore-born farmer and serious avocational ornithologist most of his life. Sidney and his brother, Lawrence, often went birding together. In March 1911, Peyton and Homer C. Burt visited Anacapa Island on a birding trip in search of bald eagles. H. Bay Webster transported them to their camp aboard his boat, Anacapa. During their trip they located three bald eagle nests and collected a set of eggs. Peyton returned to Anacapa Island many times during ten different years. His private bird collection provided access to many specimens for interested ornithologists and naturalists of his time. Peyton published a dozen notes and articles in Condor over a 31-year period from 1917-1948.

Sidney Peyton died in Fillmore on March 17, 1978 and is buried in Bardsdale Cemetery. Peyton correspondence (1913-1921) is in the files of the Museum of Vertebrate Zoology, Berkeley.

May 15, 1913 [The Oologist]: “On May 11, 1912, my brother and four others started for Anacapa Island from Ventura. We left Ventura at 9 o’clock P.M. and arrived at the island at about midnight, none the worse for our journey of twenty-five miles, except that three of the party were seasick. We then went to bed and slept for the rest of the night. The next morning after breakfast we took to the boat again and soon landed on the East End as it is called. We were soon on the top of the island, which is very abrupt all around. It is covered with a coarse scrubby brush and grass and some cactus. There were quite a few Western Gulls nesting at this time, but the majority had not laid as yet. We collected a few sets of these and then moved on to the Pelican colony.