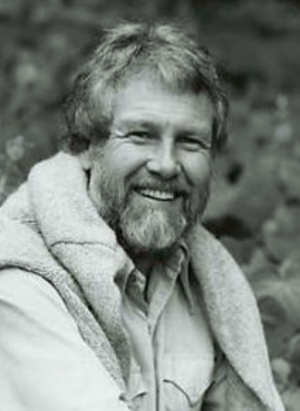 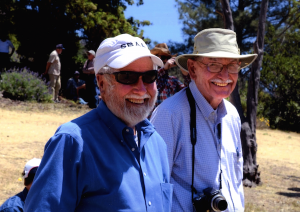 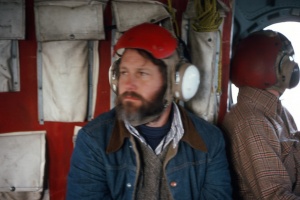 PHILBRICK, Ralph Nowell (1934-2017), botanist, taxonomist and ultimately director of the Santa Barbara Botanic Garden from 1974 until 1987. He was hired in 1964 to replace taxonomist Martin Piehl. The Santa Barbara Botanic Garden sponsored the first symposium on the biology of the California Islands in 1965 and published the proceedings of that meeting in 1967. Ralph Philbrick edited the symposium volume and then published a paper documenting the flora of Santa Barbara Island in 1972.

In 1974 Philbrick replaced Katherine Muller as the Garden's director in 1974. Under his leadership, the Garden’s research program was expanded to include ecological and resource management studies as well as floristic and taxonomic research. In 1977, Philbrick and Bob Haller wrote a book chapter on the vegetation of the Channel Islands. In 1978, Philbrick published a popular article on the plants of Santa Cruz Island. That same year, the Garden and the Santa Barbara Museum of Natural History joined forces in a multidisciplinary study of the natural resources of the Channel Islands National Monument, which then included San Miguel, Anacapa, and Santa Barbara islands. During the study, Garden staff documented the vegetation and flora of the Monument islands, produced maps of plant communities and rare plant distributions for each island, described historical changes in the flora, established permanent transects for long-term vegetation monitoring, and made management recommendations based on their findings. Mary Carroll (then Mary Hochberg), Steve Junak, and Steven Timbrook, who were all hired by the Garden in the 1970s, assisted Ralph Philbrick with these island studies.

July 21, 2017 [SB Independent]: “Ralph Philbrick, age 83, passed away on July 10, 2017 at Cottage Hospital following a sudden illness. Ralph was born on January 1, 1934 in San Francisco to Howard Philbrick and Elizabeth Jauckens Philbrick. Sometime after the birth of his younger brother Kenneth, the family settled in the Pasadena area, where Ralph attended high school. His favorite memories of his youth were the weekends and summers he spent on his family’s avocado ranch in Fallbrook. This time on the ranch led to his early love of nature and the California landscape. Ralph attended Pomona College, where he developed a strong interest in botany. After his graduation in 1956, he attended UCLA and earned his Master’s Degree. During this time, Ralph married Jane Ewing and their first two children, Lauren and Winston, were born. Ralph and his family spent six years in Upstate New York while he attended Cornell University. He worked as a research associate at the Bailey Hortorium and he continued the prickly-pear cacti studies he had begun in California. Ralph received his Ph.D. in botany from Cornell in 1963 and then accepted a teaching position at UCSB. The next year he began working at the Santa Barbara Botanic Garden as a taxonomist.

Over the next few years, he and his family built a remote home in the foothills of Goleta and his youngest son Edward was born. While at the Botanic Garden, Ralph’s botanical interests focused on the flora of the California Channel Islands. He made many collecting trips to the islands as well as those off the coast of Baja California, Mexico. He co-authored numerous botanical publications on the islands, established the first California Islands Symposium in 1965, and launched a new, larger island section at the Botanic Garden. In 1973, Ralph became Director of the Botanic Garden and held that position until 1987. Under his leadership, the Garden’s education, outreach, and plant breeding programs expanded. Scientific research on the California Islands led to the Garden’s eventual recognition as a center for island research. The library, herbarium, and living collections grew substantially during his tenure, as did its acreage. Ralph had a keen interest in the aesthetics of the Garden grounds and was responsible for several horticultural selections from the islands.

Ralph also served as a Planning Commissioner for Santa Barbara County from 1981 to 1987. After he left the Garden, he started a biological consulting business, conducting botanical surveys, and preparing reports for local projects. He moved to the San Marcos Trout Club in 1983 and enjoyed living close to nature in his rustic handcrafted cabin. Ralph was an outdoor enthusiast, cyclist, and avid runner. He began competing in local runs in his mid-40s and he never lost his enthusiasm and passion for the sport. He continued to train hard and run races up until last year. He was well-known and respected in the Santa Barbara running community and he inspired many younger runners with his drive, hard work to achieve his goals, and determination to be the best he could be.

Ralph also had a strong interest in writing and dabbled in both prose and poetry. He authored a vast number of short pieces on a wide variety of topics. Many of his writings reflected his long-time interest in the history of people and places. He spent many years researching the genealogy of his family and writing stories about his findings. Over the years, Ralph developed many deep and lasting relationships both professionally and personally. He cared deeply about his family and friends and was always willing to offer help and support when needed. He touched the lives of many in the community and he will be missed and fondly remembered. Ralph is survived by his three children, Lauren Lester (Gary), Winston Philbrick (Sue), and Edward Philbrick (Michelle) and five granddaughters, Kelsey, Amy, Dana, Faith, and Julia; his brother, Kenneth Philbrick of South Carolina; and his former wife, Jane. The family wishes to thank Dr. Neetu Sekhon of the Santa Barbara Cancer Center and the staff of Cottage Hospital for shepherding us all through a difficult and challenging time. A memorial service is planned for December 2, 2017 at 2:30 p.m. at the Santa Barbara Botanic Garden. Please RSVP to RalphPhilbrickMemorial@cox.net. Contributions in Ralph’s memory may be directed to Environmental Defense Center, 906 Garden St., SB 93101.”