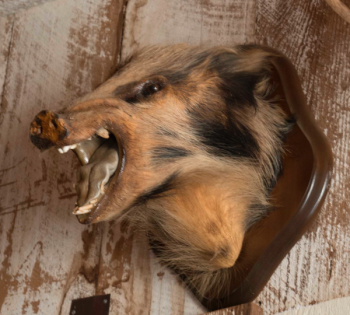 Pigs (Sus scrofa) once occurred in large feral populations on Santa Cruz, Santa Rosa, Santa Catalina and San Clemente islands. They are omnivorous and will eat almost anything that has food value, including vegetation (foliage, fruits and seeds), invertebrates, reptiles, amphibians, mice, ground-nesting birds and eggs, and carrion. They also root up soil and facilitate erosion. Pigs affect native populations of both the flora and fauna. Mature pigs are prey only to man. Feral pigs continued to be a large problem on Santa Cruz Island, as well as on the Southern Channel Islands of Santa Catalina and San Clemente, until they were eradicated on all islands. Several introductions of hog cholera introduced to Santa Cruz Island in the early as the 1940s failed to eliminate their population. Between July 1990 and March 1993, feral pigs were eradicated from Santa Rosa by the National Park Service.