Difference between revisions of "POWER, Dennis" 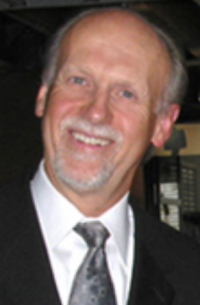 POWER, Dennis M. (b. 1941), born in Altadena, CA on February 18, 1941, spent his active career as a Chief Executive Officer of nonprofit cultural and educational institutions for 39 years. Power is widely experienced in developing nonprofit boards, community relations, and fundraising, including operating funds and capital campaigns.

Power was graduated from Occidental College in 1962 where he received a Master of Arts Degree in biology in 1964. In 1967 he received his Ph.D (biology/statistics) from the University of Kansas. From 1967-1972 he served as Assistant Curator, then Associate Curator, with a cross appointment as Assistant Professor in the University Department of Zoology of the Royal Ontario Museum and University of Toronto, Toronto, Canada.

In 1994, Dennis Power became #9 of the exclusive All Eight Club, with membership limited to those who have been on all eight California Channel Islands.

Note: Power collected on Isla Guadalupe in 1971 on a trip aboard Scripps' Institute's research vessel, RV Alexander Agassiz. Others on the trip included Carl Hubbs, Joe Jehl and Eric Hochberg. According to Power, the later specimen years (1972 and 1983) indicate death years of specimens brought back alive and later died in captivity.