Difference between revisions of "PROPST, Doug" 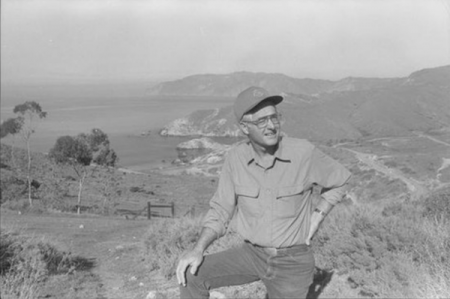 PROPST, A. Douglas ( - ), originally from Colorado, moved to Santa Catalina Island in 1953 and was named the Catalina Conservancy's second president in 1975. For 22 years he headed Catalina Rock & Ranch, a subdivision of the Santa Catalina Island Company. He was responsible for overseeing the island's rock quarries quarries that provided the raw materials use in road repair and other projects on the Island, and for growing the hay and alfalfa that helped sustain herds of cattle at Middle Ranch.

Doug Propst retired in the fall of 1994. Replacing him was Chuck Olsen.

The Catalina Shieldback Katydid, which has disappeared from the mainland, still resides on Santa Catalina Island. Its scientific name, Nebduba propsti, was given to honor Doug Propst.