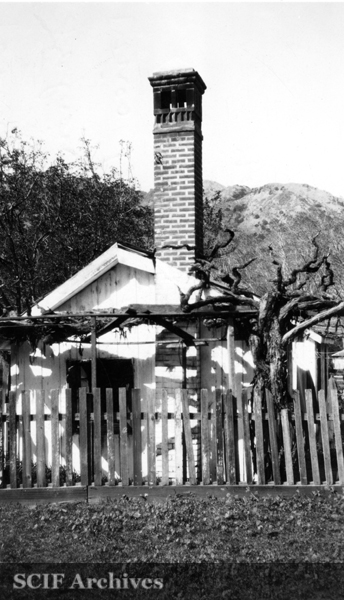 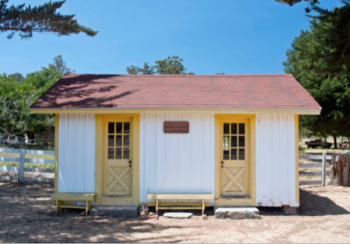 Pete’s House, Santa Cruz Island is located on the edge of the Main Ranch garden field behind the wash house or “laundry.” The building is named for its former long time resident, Pietro Olivari who worked on the island from 1902 until 1961 The small single-walled construction wood building appears on a map dated 1891 (#71) as cook’s house.

In 1990 the Santa Cruz Island Foundation installed and Archaeological Museum in Pete’s House. Displays of artifacts found on the island date back to the 19th century. The island served as the center of the Native American mint~bead-making.