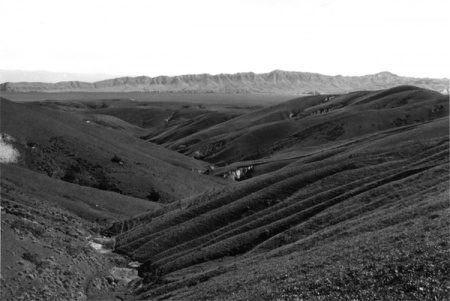 Earthquakes, landslides and upheavals on the Channel Islands have been reported since the 19th century. The first earthquake mentioned in early newspapers occurred on January 9, 1857, followed by another on January 16, 1857. Thirty-eight years later, on March 9, 1895, a large earthquake and its aftershocks damaged Cuyler’s Harbor at San Miguel Island. Captain Henry Dally, operator of the sloop Liberty, had run into Cuyler’s Harbor during an eclipse, and could not see the land very plainly. When he ran the sloop near where he thought the buoy was located, he discovered that he was almost alongside a bluff where there had always previously been a sandy beach. Upon further investigation, he and Captain Waters found the boathouse that was previously at the waters edge was now 300 feet inland. The sheep corral had been raised 65 feet higher than it was before, and the upheaval of land left marine life, fish and abalone high and dry. William Waters wrote to the Director of the State Weather Service in Sacramento: “There has been quite a commotion on San Miguel Island. The land which formed a high bluff on the west side of the harbor (Cuyler’s Harbor) has sunk more than sixty feet and forced itself under the beach, not only raising it, but stones which had lain at the water’s edge for years are now fifteen feet above it... So sudden was the change that fish and crabs were left high and dry and thirty feet above the harbor.” 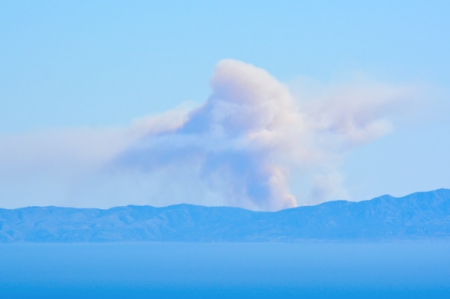 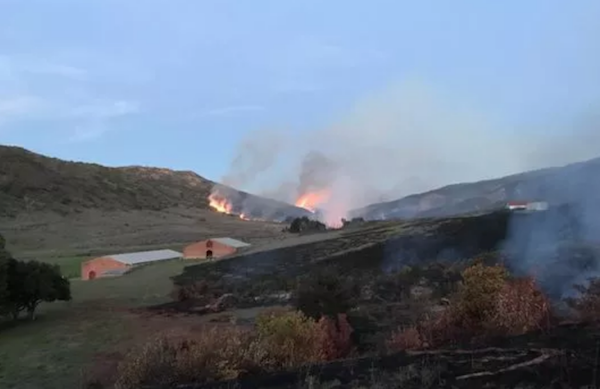 Fire in the Central Valley started by TNC, in cooperation with Channel Islands National Park, burning the cut Eucalyptus forest, La Selva, east of the Main Ranch Santa Cruz Island, March 27, 2018.
This historic grove of blue gum trees, planted by Justinian Caire in the early 1880s,
was deemed undesirable and removed as a "non-native" species.
The fire escaped, narrowly missing the Main Ranch. It burned for two weeks.