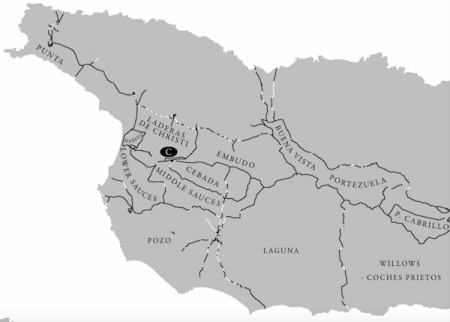 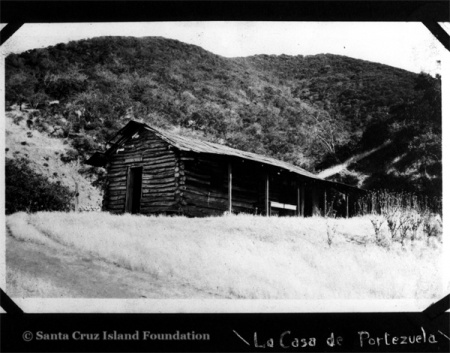 Portezuela Ranch, Santa Cruz Island [Sp., pass between hills], was located in the Portezuela or “upland valley” as Clifford McElrath described it.

“Portesuela is the Spanish word for a relatively flat upland valley.”

The out ranch formerly located at the Portezuela is depicted on maps as early as 1885 and 1890 (#23 a & b). The site is located to the west of the Main Ranch less than midway to the Christy Ranch. A dug well, a large house, carpenter shop, stables, corrals, three hay barns, a wood shed, vegetable garden, fenced fields and vineyards were located at this medium sized ranch complex. The house was constructed in 1885.

“An old cabin, part adobe and part logs, and an old barn are the only remaining buildings at Portezuela. The cabin is occasionally used as a camp as it is on the road to Christy.”