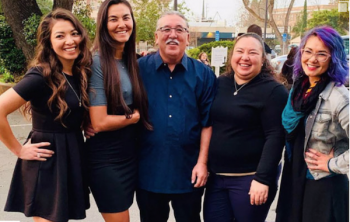 Members of the Quitasol family 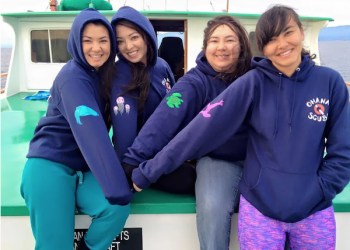 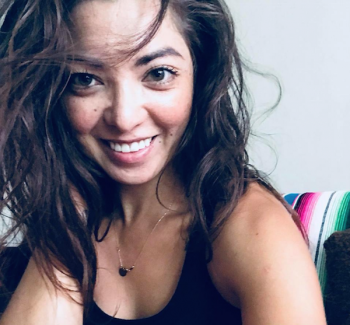 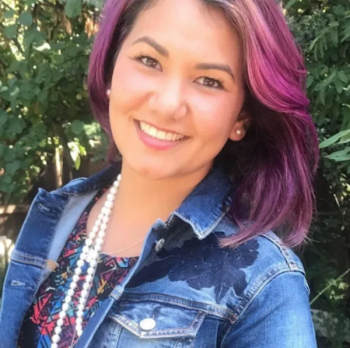 Father Michel and his wife Fernisa both worked at the Kaiser Permanente Hospital in Central Valley. Evan also worked as a nurse at Kaiser Permanente Hospital as well as St. Joseph’s Medical Center in Stockton. Angela Quitasol worked as a science teacher at Sierra Middle School in Stockton and was a member of the Lincoln Unified Teacher Association union.

A broken-hearted mother posted on her Facebook page Tuesday that her three daughters, their father and his wife were among those presumed dead. Susana Rosas of Stockton posted that her three daughters — Evan, Nicole and Angela Quitasol — were with their father Michael Quitasol and stepmother Fernisa Sison. Evan Quitasol was a nurse at St. Joseph’s Medical Center of Stockton, where her father and Sison had worked after attending nursing school at San Joaquin Delta College. Sison also worked at the college teaching first-year nursing students full-time in 2005 and 2006 and later as an adjunct instructor, according to the school’s spokesman, Alex Breitler. “Everybody’s devastated. It’s a totally unexpected thing that happened,” said Dominic Selga, Sison’s ex-husband. “What caused the fire, that’s the big question, that’s what we all want to know.” Rosas’ husband, Chris, told the Los Angeles Times that Nicole Quitasol worked as a bartender in Coronado near San Diego and her sister, Angela, was a science teacher at a middle school in Stockton. The sisters were on the trip to celebrate their dad’s birthday, Chris Rosas said. He described them as “the most kind, most loving people I’ve ever met — and I’m not just saying that because they’re family.”

September 4, 2019 [Coronado Times]: “Local Woman Killed in Boat Fire Off Santa Cruz Island. Relatives and co-workers of Nicole Quitasol have confirmed that Nicole and four of her immediate family members died when their diving boat, Conception, caught fire off Santa Cruz Island. In total, 34 people are presumed to have died in the tragic boat fire. Nicole Quitasol worked at Coronado’s Nicky Rottens Bar & Burger Joint. The following was shared by her manager, Bryn Butolph, on the restaurant’s Facebook page along with a link to support the family: "It’s with great sorrow that I share the news of one of our dearly loved employees of Nicky Rottens Bar & Burger Joint, Nicole Quitasol and 4 of her family members passed away tragically in the recent Santa Cruz boat fire. With the blessing of her mother Susana Solano Rosas we have setup this fundraiser to help with the funerals for all 5 family members. We ask that you keep their family in your prayers, share this if you can and also donate if you’re able to. Nicole was such a smart, loving, energetic and adventurous soul. She will be greatly missed." ”

September 4, 2019 [Marin Independent Journal]: “The Quitasol-Sison Family . Among the passengers identified is a family of five from Stockton, who had been celebrating the birthday of Michael Quitasol, a registered nurse in his early 60s who had worked as a registered nurse at Kaiser Permanente medical centers in Modesto and Manteca. Quitasol had been traveling with his partner, Fernisa June Sison, also was a nurse who had worked at St. Joseph’s Medical Center, and three of his daughters. In a Facebook post, the women’s mother, Susana Rosa, confirmed “with a broken heart” that the family had been passengers on the Conception. Like her dad and stepmom, Evanmichel Solano Quitasol, 37, known as Evan, had worked as a nurse in Stockton and Modesto hospitals, according to a Kaiser spokesperson. Nicole Quitasol, 31, worked at a restaurant in Coronado, a sleepy beach community in San Diego County. She was a server and bartender at Nicky Rottens Bar and Burger Joint for almost four years, according to the restaurant’s CFO Bryn Butolph. Angela Quitasol, 28, the youngest of the three, was a 7th-grade science teacher at Sierra Middle School in Stockton, where she had attended school years earlier. She was also a former member of Stockton’s Port City women’s roller derby team, where she skated under the name Hermione Danger, according to a team Facebook post. The post said a fourth Quitasol sister, who was not on the diving trip, also was a former derby member. “For Angela, students were her focus. She shared her passion for science with them and greeted them every day with a high five and a bright smile,” Lincoln Unified Superintendent Kelly Dextraze said in a statement. “We are all deeply saddened by this terrible incident and hold her family, and all those affected, in our thoughts and prayers at this difficult time.” Chris Rosas, Susana Rosa’s husband, said Tuesday that he and his wife had joined other relatives of the victims to await more information from authorities. “We’re in Santa Barbara with all the other people who lost someone in the accident. We’re all talking to each other, just being together,” he said.”

January 30, 2020 [KRCA]: “STOCKTON, Calif.—A Stockton woman is pushing for new laws after her three daughters, their father and stepmother were killed in a dive boat fire near Santa Cruz Island off the coast of Santa Barbra. The September fire killed 34 on board, including Susana Solano Rosas' family. “My family can't be replaced. They are gone,” Rosas said. “They were people that loved life and helped lives.” Her daughters Evanmichel Solano Quitasol, Angela Rose Solano Quitasol and Nicole Storm Solano Quitasol, along with their father Michael Storm Quitasol and stepmother Fernisa Sison were on the dive boat to celebrate Michael’s birthday. Rosas, along with several other victims’ families, is pushing lawmakers to make changes to the Small Passenger Vessel Safety Act of 2019. “I'd like that bill to be passed and signed so that vessels that have been grandfathered in could step up safety measures,” Rosas said. The amendment is asking for lit exit signs, bigger exits and better staff training. “I want this bill to be passed so no one else has to go through the anguish,” said stepfather Chris Rosas. The bill was presented in December and referred to the Committee on Commerce, Science and Transportation. Evanmichel Solano Quitasol was a nurse at Saint Joseph's Medical Center in Stockton. Nicole Storm Solano Quitasol lived in San Diego and was known for her love of the ocean and earth. Angela Rose Solano Quitasol was a teacher at Sierra Vista Middle School. Michael Storm Quitasol and Fernisa Sison were nurses in Stockton and Modesto.”