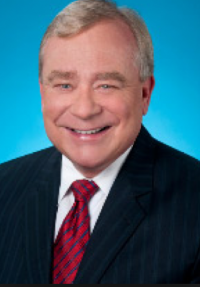 January 17, 2011 [1]: “AVALON (AP) — A 61-year-old man has died while on a certification dive with his instructor near the west end of Santa Catalina Island. Los Angeles County sheriff’s Sgt. Fred Keelin said Sunday that the man, whose name has not been released, died around 3 p.m. and the cause has yet to be determined. The diving instructor told authorities the man’s body went limp as the two ascended together. The coroner will conduct an autopsy to determine the cause of death.

'January 17, 2011 [Daily Breeze]: “A man who died during a weekend dive off Catalina Island was identified Monday by the county Coroner's Department as James Raymond Robie of Pacific Palisades. A coroner's spokesman said a cause of death for Robie, 61, had not yet been determined. The diver had been on a certification dive Sunday near the west end of the island, in the Arrow Point area, when his instructor repoeted that his body went limp, a sheriff's sergeant said. The instructor brought Robie to the surface and immediately attempted to resuscitate hime while swimming to their nearby dive boat. Boat personnel administered CPR for about 20 minutes until paramedics arrived to transport him to the Catalina Hyperbaric Chamber, sheriff's Sgt. Fred Keelin said. There, the attending physician pronounced him dead at about 4:40 p.m.”

"The instructor reported ascending with Robie at about 3 p.m. Sunday in the Arrow Point area, when his body went limp.”

On January 18, 2011, journalist Reza Gostar reported that Robie had died as a result of a heart attack. Specifically, Gostar wrote, "James Raymond Robie, a 61-year-old resident of Pacific Palisades, died Sunday after having a heart attack during a dive near Santa Catalina Island." Additionally, and in the same article, Gostar stated, "The investigation is still ongoing,” according to Lt. Joseph Bale of the Los Angeles County Coroner's Office. "The cause of death hasn't been ruled.” Neither Fox News, Gostar, nor any other media outlet published any follow-up story discussing the official cause of death. This lack of follow-through is disappointing and troubling given Robie's reputation as a ferocious litigator who, at that time of his death, was defending State Farm in highly contentious litigation relating to damages caused by Hurricane Katrina. That, as well as the willingness of the mainstream media to believe that Robie, coincidentally had a heart attack while ascending to the surface, made us suspicious. It is common knowledge that any injuries suffered by a diver while ascending are most likely the result of too rapid an ascent ("the bends" and/or "the chokes"), and hence suspect. Various other theories and speculation offered by some of our readers may or may not be accurate, particularly given that anything is possible (i.e. the meteor example), and are too speculative and/or far-fetched. While conducting the inquiry, and acknowledging that speculation abounds, information about the lavish and abundant food offered on the boat gave rise to a presumption, at least with us, that seasickness as well as heavy consumption of food prior to the dive may have caused Robie to vomit while underwater. Much like the coverage of Robie's death, very little information was offered by the media regarding Holl's drowning other than that he passed away "suddenly" in 2004. Various stories made mention of the fact that he drowned while "swimming with friends."

Given CCPF's representations that it made available to the public financial accountings going back to 2001, and that records for 2002 are completely missing (including payments transferred to an entity controlled by Eric Moore -- presumably a relative of State Bar BOG member Gwen Moore), we became suspicious that foul play may have been involved. However, upon receipt of further information concerning Holl's drowning, our suspicions concerning foul play involving that incident have been considerably diminished. In actuality, and unfortunately, Holl drowned while diving in search of abalones; presumably, as is the practice with some divers, Holl dove with a weight belt which allowed him to sink to the bottom and control buoyancy. Accordingly, this inquiry is also now concluded.”