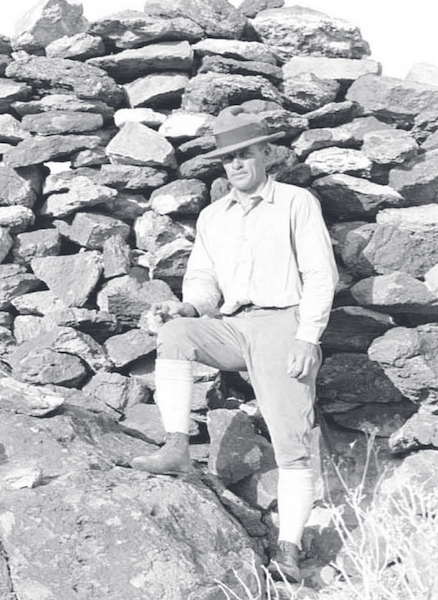 ROGERS, Malcolm Jennings (1890-1960) born September 7, 1890 in Fulton, New York, he was a pioneering archaeologist in Southern California, Baja California and Arizona. Rogers studied mining geology at Syracuse University and initially worked as a mining geologist. After service in the U.S. Marine Corps during World War I, he moved to Escondido, California in 1919 and took up citrus farming. However, he was soon involved with local archaeology and associated with the San Diego Museum of Man. He became a full-time curator at the museum in 1930, continuing at that post until his resignation in 1945. Through the years, Rogers served variously as Field Archaeologist, Secretary, Curator, Acting Director, and Director of the Museum. However, it was the role of field archaeologist that he preferred. During his first year as curator, Rogers spent several weeks on San Nicolas Island excavating archaeological sites. Although he resigned in 1945, he remained a Research Associate until his death in a car accident in 1960.

Most of Rogers’ collections are at the San Diego Museum of Man, including collections from San Nicolas Island in 1929. Additional collections Rogers made on San Nicolas Island are located in the British Museum. Rogers’ manuscript, Report of Archaeological Investigations on the Mohave Desert Region during 1930 and on St. Nicholas [sic] Island in 1930 is in the National Anthropological Archives, Smithsonian Institution [NAA MS 2104].