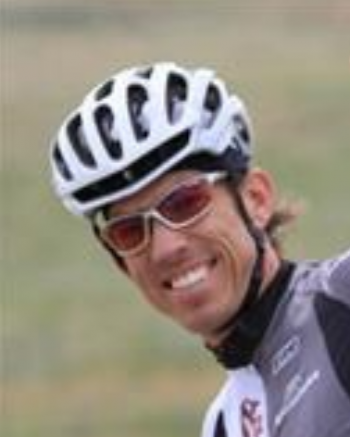 October 3, 2014 [Daily Breeze]: “A body found in the area where a scuba diver went missing early this week in Catalina Island’s Emerald Bay was recovered Thursday, a U.S. Coast Guard petty officer confirmed. The body was found in about 100 feet of water, marking at least the third scuba diving death in Southern California since lobster season opened Sept. 27. A Los Angeles County coroner’s spokesman said the body was that of a man in his 40s. His name, however, was withheld pending positive identification. Bodies also were recovered Wednesday off Anacapa Island and in Long Beach’s Los Alamitos Bay. Off Catalina, the diver, part of a group on the dive boat Sand Dollar, surfaced Monday night, yelled helped, then went under, the captain of the boat told authorities. “Diving is a sport that leaves little room for error and we urge everyone who is in the water to make safety a top priority,” Coast Guard Capt. Jennifer Williams said. Emerald Bay, one of the region’s top snorkeling and scuba diving spots, is on the west end of the island, about two miles northwest of Isthmus Cove at Two Harbors.”

October 3, 2014 [The Spectrum]: “ST. GEORGE – The family members and friends of a Santa Clara physician are mourning his death after a lobster-diving vacation in Southern California turned into a tragedy this week. Jared Royer, 40, was scuba diving in Emerald Bay, off the shore of Catalina Island, with a group of other physicians when he disappeared at about 11 p.m. Monday night, according to relatives and Los Angeles County Department of Coroner spokesman Ed Winter, who is the office's assistant chief of investigation. Royer was an experienced diver who had been on several similar trips with his colleagues in previous years, his brother-in-law, Ben Willits, who is the family's spokesman, said. "This was just another one of their annual trips," he said. "(The diving accident) rattled their cages pretty good." Royer was an anesthesiologist who worked for Mountain West Anesthesia under contract to Dixie Regional Medical Center, Intermountain Healthcare Regional Communications Director Terri Draper said. "Certainly, our hearts go out to Dr. Royer's family and friends," Draper said. "He will be greatly missed. … The hospital is like a small community." Royer provided general anesthesia services, working mostly in the operating room and the birthing center, Willits said. Among the diving group were other Southern Utah anesthesiologists, a surgeon and a radiologist, he said. Royer was also an accomplished triathlete who competed in the St. George Marathon, the first St. George Ironman event and ensuing St. George Ironman 70.3 competitions. "Jared looked forward to any adventure and lived with enthusiasm and zest," his family said through a news release issued Friday afternoon. He raced in last year's Boston Marathon, finishing shortly before the deadly pressure cooker bombs detonated near the finish line. "He was just returning back to the hotel when they occurred," Willits said. Winter said an autopsy is pending and an investigation into the incident is ongoing in Southern California. "The initial indications are he may have run out of air and made a rapid ascent," Winter said. "He could not stay above the water." Winter said Royer was on his third dive of the day and was in 110 feet of water when the incident occurred. "It was a 3-day, live-aboard (the boat) trip," Winter said. "(Royer) had one lobster when he surfaced and called for help." Willits said Royer had been diving with a colleague. The colleague signaled he was going to surface because his oxygen was running low, and Royer indicated he would follow. But when the colleague surfaced he realized Royer had already ascended ahead of him. "This alarmed (his colleague), because he was going up at the slow ascent rate," Willits said. The other diver heard Royer call for help and summoned people on the boat, but they were unable to locate Royer, Willits said. According to California media reports, heavy search efforts lasted for more than 69 hours before Los Angeles County search and rescue officials called off the majority of the divers, search boats and a helicopter trying to locate Royer. The Los Angeles County Fire Department dive team, the Los Angeles County Sheriff's Office divers, the Los Angeles Port Police and U.S. Coast Guard were involved in the search, according to the media reports. Royer's body was found about 100 feet underwater Thursday at about 11:30 a.m., reports indicated. Lobster season opened last Saturday in Southern California, and four of the five scuba diving deaths reported during the past week were lobster divers working at night to recover the crustaceans that are considered a delicacy. Fatal accidents connected with the nighttime dives are not uncommon, especially among less experienced divers or divers with medical conditions, according to members of the coastal community. Emerald Bay is one of Southern California's most popular diving spots, located on the west end of Catalina Island. Willits said until the coroner's office completes the autopsy, there is no way of knowing if Royer ran out of air and inhaled water, suffered a medical emergency as a consequence of a too rapid ascent or experienced any other discoverable condition that might have led to his death. Royer grew up in Santa Rosa, California and completed his undergraduate degree at Brigham Young University before attending medical school and completing a residency in other states. He moved to St. George about 8 years ago, Willits said. He leaves behind a wife, Mary Lynn, and four children – Brendan, 15, Megan, 13, Maddy, 6, and Kate, 3. "We want to thank the rescue workers who gave so much time and effort searching for Jared. We are especially grateful to the scuba community volunteers who did not give up even when the official search ended," the family's news release states. Willits said no services have been planned yet, but anyone who wishes to help the family can contribute to the Jared Royer Memorial Fund at Zions Bank or via the fundraising website gofundme.com. "We don't know when we'll be able to have the body retrieved. It depends on how quickly they'll have the autopsy completed," Willits said. Once Royer's body returns to Utah, the family will announce funeral services, the news release states.”

October 3, 2014 [KSL.com]: “CATALINA ISLAND, California — Police identified the body of a recovered scuba diver as a St. George man Thursday. The Avalon Sheriff’s Station received reports of a missing recreational diver on Monday at 10:50 p.m., according to Capt. Doug Fetteroll. Jared Royer went diving with a chartered scuba diving excursion group near Indian Rock in the Emerald Bay near Catalina Island. Witnesses reported seeing Royer in the water, then heard a yell for help, Fetteroll told KSL.com. When members of the diving excursion couldn’t locate Royer in the water, the Avalon Sheriff’s deputies and paramedics responded to the scene by boat. Members of the sheriff’s department emergency services detail began a recovery effort and located Royer’s body on Thursday at 11:30 a.m. Royer was an anesthesiologist who had worked as a contract staff member at Dixie Regional Medical Center, according to The Spectrum. He is survived by his wife, Mary Lynn; his 15-year-old son Brendan; his 13-year-old daughter Megan; Maddy, 6; and Kate, 3. “Jared looked forward to any adventure and lived with enthusiasm and zest,” the Royer family said in a statement. “He loved cycling, running, hiking, swimming, camping and any opportunity to enjoy the beauties of the world. We are so grateful to our many friends and family who are rallying around as we struggle with the grief of Jared’s passing.” The cause of death has not yet been determined, pending an autopsy at the county coroner’s office, Fetteroll said. Five divers have died near southern California since Sept. 27, the beginning of lobster season, according to the Orange County Register.”