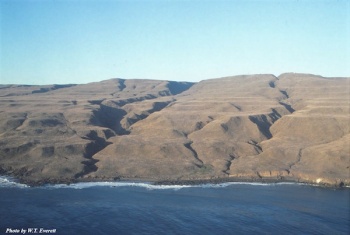 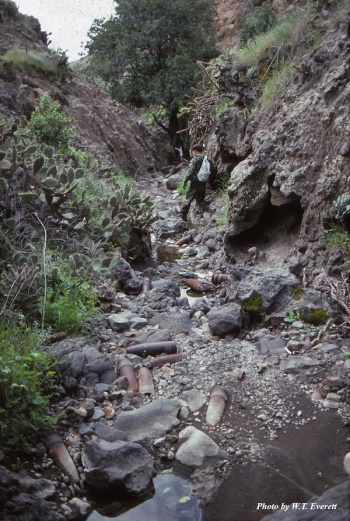 February 19 1934 [SDET]: “Hunter killed in retrieving goat. San Pedro, Feb. 19 (I.N.S.) — From the top of a 170-foot cliff on lonely San Clemente Island, Allen Oxspring, 30-year-old machinist, plunged to his death as he sought to retrieve the body of a wild goat he had shot a moment before. Man, gun and goat hurtled down the cliff's face into Red Rock Canyon, and there Oxspring's broken body was found by members of his hunting party. His death was revealed today when the power boat Nora II, carrying his body, arrived here. With 28 other men, Oxspring went to the island, 60 miles off the mainland in San Diego county, to fish and hunt goats. Oxspring separated from the others and climbed to the highest point on the island. He shot a goat and the animal fell over the cliff on to a ledge. Laboriously, Ospring climbed down the ledge, picked up the goat, then lost his balance and went plunging down the cliff to his death. For five hours, the others toiled up the steep slopes carrying Oxspring's body, finally bringing it to the boat Police are waiting word from San Diego authorities for advice on when to hold the inquest.”