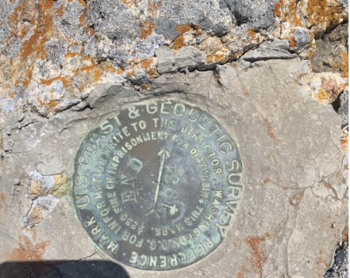 The Blue and Green sites were built as remote camera sites, and the Blue Site was later expanded to include additional facilities. Below the housing facility at the water’s edge, MariPro constructed a landing at Valley Anchorage, complete with spotlights, two 25-foot aluminum masts, two hoist cables, and aluminum gangway, a boarding ladder and a rub rail. A series of wooden steps climbed the steep bluff to the MariPro facility on top. Among other things, SCARF—the Santa Cruz Acoustic Tracking Range—was used for testing DOWB— the Deep Ocean Work Boat— a submersible vehicle capable of carrying two men and an observer to work at depths of 6500. The vessel made a total of 137 working dives. When DOWB was retired in 1970, it was donated the the Santa Barbara City College Marine Technology Department.