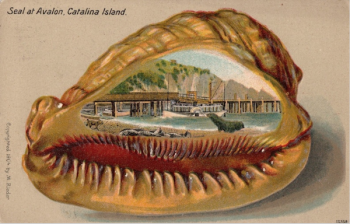 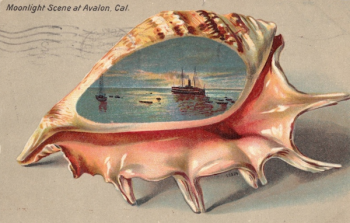 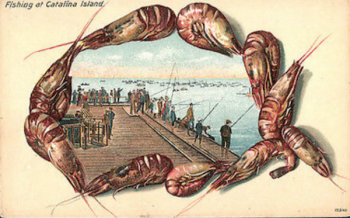 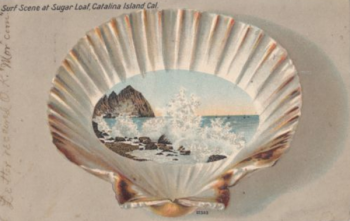 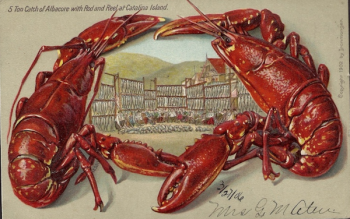 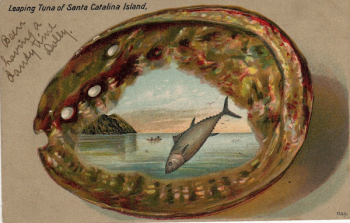 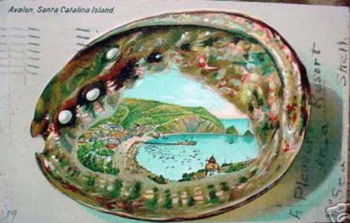 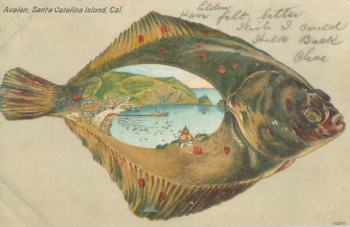 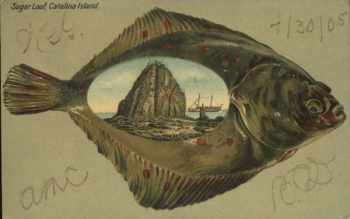 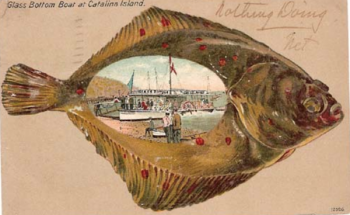 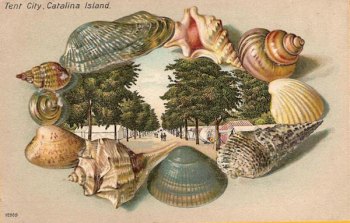 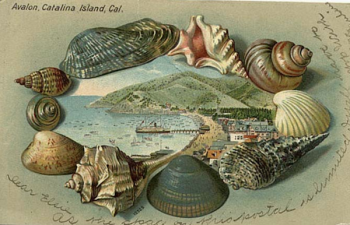 Post cards have been sold to tourists on Santa Catalina Island since the end of the 19th century. The Post Office was the only establishment allowed to print postcards, and it held its monopoly until May 19, 1898, when Congress passed the Private Mailing Card Act, which allowed private publishers and printers to produce postcards. Initially, the United States government prohibited private companies from calling their cards "postcards", so they were known as "souvenir cards". These cards had to be labeled "Private Mailing Cards". This prohibition was rescinded on December 24, 1901, when private companies could use the word "postcard". Postcards were not allowed to have a divided back and correspondents could only write on the front of the postcard. This was known as the "undivided back" era of postcards. Postmaster General George Cortelyou’s new postal regulation Order No. 1338, effective March 1, 1907 finally allowed partitioning of postcard backs—creating space to the left of a vertical line for the message, and to the right for recipient’s address— the divided back card. Cost for the stamp was 1 cent.

On March 1, 1907 the Post Office allowed private citizens to write on the address side of a postcard. It was on this date that postcards were allowed to have a "divided back". On these cards the back is divided into two sections, the left section being used for the message and the right for the address.

Linen postcards were produced in great quantity from 1931 to 1959. Contrary to the name, linen postcards were not produced on a linen fabric, but used newer printing processes that used an inexpensive card stock with a high rag content, and then finished with a pattern which resembled linen. The face of the cards is distinguished by a textured cloth appearance which makes them easily recognizable. The reverse of the card is smooth as in earlier postcards. The rag content in the card stock allowed for a much more colorful and vibrant image to be printed than the earlier “white border” style. Due to the inexpensive production and bright realistic images they became popular. Curt Teich in Chicago was the most prominent and largest printer and publisher of Linen Type postcards pioneering lithography with his "Art Colortone" process. Other large publishers include Stanley Piltz in San Francisco, who established the "Pictorial Wonderland Art Tone Series", Western Publishing and Novelty Company in Los Angeles and the Tichnor Brothers in Boston. The printing of mid-century Linen Type postcards began to give way in the late 1950s to Kodachrome and Ektachrome type glossy color prints.

The last and current postcard era is the "chrome" era which began to dominate in about 1950. The images on these cards are generally based on colored photographs, and are readily identified by the glossy appearance given by the paper's coating.