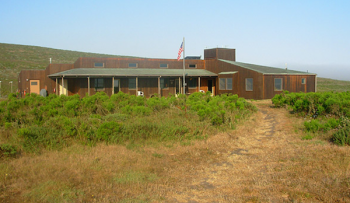 WATERS, William G.: (1888-1917), purchased one half interest in San Miguel Island for $10,000 in November, 1887. W. I. Nicholls purchased the other half and they began as partners. Waters stayed involved with the island as a business venture where he raised sheep for thirty years, until his death in 1917.

READ, James and Anne: (1888-1890) move to San Miguel Island in June 1888 with six of their nine children: Six of the nine Read children, ages eight to twenty-two, move to the island with their parents for about two years: Grace, Gertrude, John, Ada, Amelia and George. Minnie Waters’ diary: June 4, 1888—Monday

“Very pleasant and warm. Mr. Nichols and Mr. Read came and talked business awhile and it is decided that Mr. Read and family shall go to the island, he furnishing all of the food for the people, and he will have one third of the increase each year. We to go and come as we please. I hope it is all for the best and that we many all be profited by the arrangement.”