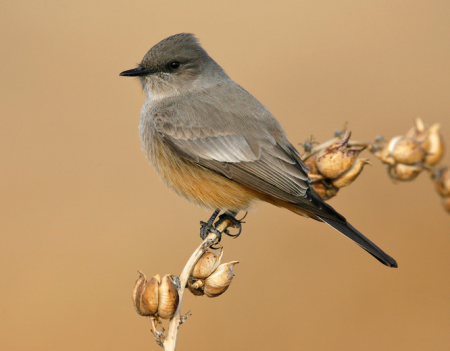 1927 Anacapa Island: “Sayornis saya. Say Phoebe. A single bird was noted by [O.W.] Howard. ” [“Through the generosity of Mr. Silsby M. Spalding who placed at our disposal his splendid cruiser Padariva I the writer accompanied by H. W. Carriger, Dudley DeGroot and 0. W. Howard was enabled to spend the period from March 25 to April 5, 1927, inclusive, among the Channel Islands off the coast of southern California.”]
Pemberton, J. R. Additions to the known avifauna of the Santa Barbara Islands The Condor 30(2):144-148, March-April 1928