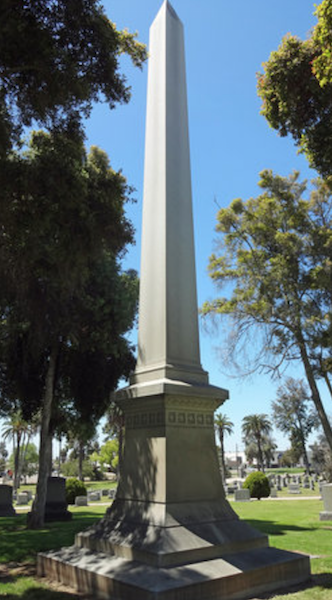 SEFTON, Joseph Weller (1881-1966), philanthropist and supporter of the San Diego Natural History Museum. He purchased and outfitted a research vessel, Orca, which made several research trips to the California Channel Islands under the auspices of the J. W. Sefton Foundation.

July, 1923: “A rather interesting and suggestive precedent has been set by the Natural History Museum of San Diego, in placing certain of its most valuable specimens in the fire proof vault of a bank in that city. The specimens in question are of extinct species of birds (Eskimo Curlew and Guadalupe Caracara), therefore irreplaceable. This arrangement was made possible through the enterprise of Mr. J. W. Sefton, Jr., president of the San Diego Society of Natural History.” [Condor 25(4):143, July 1923].

August 6, 1934 [SDET]: “Bertha M sinks on trip in tow. Damaged when it struck a rock Saturday near Pyramid Cove, San Clemente Island, the 56-foot cabin cruiser Bertha M, owned by Oliver Moorshead of La Jolla, sank yesterday when it was being towed to San Diego by a Coast Guard vessel. The accident occurred when five residents from here — J. W. Sefton, Dick Robinson, Luther Kennett, Coronado: Tom Hammond and Moorshead — were enroute from San Diego to Santa Monica to attend the championship star boat regatta there this week. The party left Friday, spending Friday night at Pyramid Cove. The Bertha M struck the rock at 10 a.m. Saturday, but was unable to return to Pyramid Cove. It sank yesterday about half way between San Clemente and San Diego as it was in tow.”

As Thomas W. Sefton presided for three decades over one of San Diego's oldest and largest banks, he indulged the child within by amassing renowned collections of model trains, railroad artifacts and vintage Laurel & Hardy films. From all indications, he took as much pleasure in sharing his hobbies with people as he did in collecting. And his generosity extended to charitable and civic causes, which he blessed with untold millions.

“Tom never wanted to be known for his altruism, but he cared about everyone,” said longtime friend and former television news anchor Jack White. “He spent money rather lavishly, but most people didn't know about it. I don't think San Diego will ever have anybody quite as caring as Tom was.”

Mr. Sefton died late Tuesday at his Mission Hills home. He was 89. The cause was pneumonia, which followed a long illness, his family said. Mr. Sefton retired in 1990 as president of the former San Diego Trust & Savings Bank, which his grandfather founded in 1889. In retirement, he continued his role as chairman of the philanthropic J.W. Sefton Foundation. He also donated to causes on his own, including $1 million to San Diego Rotary for charitable work, and supported the San Diego Zoo, the San Diego Foundation, Scripps Mercy Hospital, the San Diego Natural History Museum and fire and police agencies. With Mr. Sefton at the helm, San Diego Trust grew to include 53 branches with assets of $1.4 billion. At the time of his retirement, after the bank's 100th anniversary, it was the primary financial institution of 10 percent of San Diego County households.

“It was looked upon by the community as a conservative, solid banking institution, perhaps the major San Diego bank of its time,” said Hal Sadler, a veteran architect and former chairman of the Centre City Development Corp. board.

Mr. Sefton's bank, known for its personal service philosophy, became one of the first in the state to install automatic teller machines in 1978. It also was a pioneer in enabling customers to earn interest on checking accounts. Once an anchor of the downtown business community at Sixth Avenue and Broadway, it occupied a 14-story Italian Romanesque Revival-style building. In 1993, it was sold to First Interstate Bank, which later sold it to Wells Fargo. The bank building was renovated in 2002 and turned into the Courtyard by Marriott, with much of the original design intact. Although San Diego Trust was family owned, Mr. Sefton had no free pass to the executive ranks. He started as a messenger in 1938 at $40 a month, half what other messengers received. He was named vice president in 1951 and executive vice president in 1958. As his responsibilities increased, so did his civic profile. The San Diego Junior Chamber of Commerce named him Boss of the Year in 1961 and the National Secretaries Association named him Executive of the Year in 1966. In 1972, the Grant Club chose him as Mr. San Diego. Following the example of his father, Joseph Jr., who in 1922 was president of the San Diego Society of Natural History, Mr. Sefton served on the Natural History Museum's board of trustees from 1960 to 1978. He also helped launch a capital campaign for a new building in 1994 with the single largest gift in the museum's history.

“Tom Sefton's memory will live on forever in the lives he has touched through his support of the San Diego Natural History Museum,” said Michael W. Hager, the museum's president and chief executive officer.

As a lifelong animal lover, Mr. Sefton contributed consistently to the San Diego Zoo and collected pets with the same fervor he showed for trains. Two ponds at his home featured Japanese koi, goldfish and frogs. His pets over the years included dogs, ducks, chickens, hamsters, guinea pigs, a goat, mice, chipmunks, rabbits and a lamb named Gertrude. In late 2001, Mr. Sefton gave his extensive toy train and railroad collection to the California State Railroad Museum in Sacramento. Consisting of about 7,000 toy trains and railroad-related accessories, only a portion can be exhibited at a time.

“When Tom had it in his home, the owner of Lionel trains walked into a room to see it, and his jaw dropped,” White said. Mr. Sefton's fascination with toy trains stemmed in part from a childhood in which he had few toys, despite his family's wealth. Referring to his father in a 1978 interview with The Tribune, Mr. Sefton said, “He thought I would be spoiled if I had too many things like that.” For many years, Mr. Sefton invited friends to his home for the screening of Laurel & Hardy comedy classics. “He would have a who's who of the business community over,” White said. “It was an opportunity for a bunch of old men to be 12 years old again.”

Born Oct. 8, 1917, in New York, Mr. Sefton was adopted as an infant by Joseph W. Sefton Jr. and his wife, Helen. He grew up in Point Loma and graduated from the Army & Navy Academy and the Catalina Island School for Boys. One of his early passions was flying, and he logged many hours in small planes after enrolling in a San Diego flight school. During World War II, he received a commission in the Army Air Corps and was assigned to a troop-carrier group in Italy. He left active duty as a captain in 1946 and remained in the Air Force Reserve until 1960.