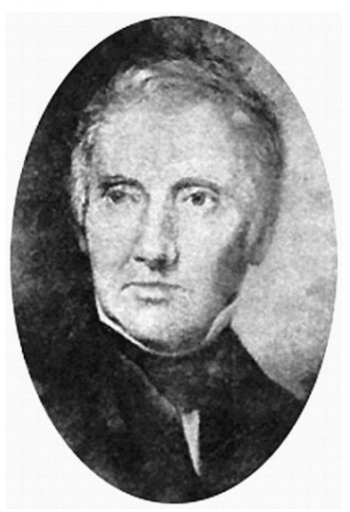 SHALER, William (1773-1833), was an American government official who served as a diplomat and confidential agent in several foreign locations. At the turn of the century he worked as a sea captain out of Boston. In 1803 he was Captain of the Lelia Byrd when his crew and he were forced to fight their way out of San Diego Bay during an extended Pacific voyage because of a dispute with the local Spanish governor. This was one of the first visits to California by an American. Shaler's subsequent written description was widely circulated and led to increased American travel to and trade with California.

His visit to Santa Catalina Island with the Lelia Byrd is the earliest documentation of a vessel spending extended time on a California Channel Island.

Shaler died in Cuba during a cholera epidemic in 1833.

"From 1801 to late 1803, captains and co-owners of the Lelia Byrd, William Shaler of Boston and Richard J. Cleveland of Salem, Massachusetts, voyaged to the west coast of North America where they traded for sea otter fur that they then sold in Canton, China. They traveled to the Hawaiian Islands and made a gift of horses, the first in Hawaii, to King Kamehameha I, “the Great.” During 1804–1805, Shaler sailed back to the California coast to continue trading while Cleveland sailed to Boston. Shaler’s narrative of the 1804–1805 voyage is the earliest, most extensive account of California written firsthand by an American observer. On 1 May 1805, Shaler was the first American to name a California locale: a “small but very fine port” on Santa Catalina Island, which he named after his friend M. De Rouissillon. At Port Roussillon, Shaler and his crew careened the Lelia Byrd between 1 May and 12 June 1805 and stayed with their “Indian friends.” This harbor is identified as Avalon Bay in California Place Names (Gudde 1949), but further investigation indicates Port Roussillon is actually Isthmus Cove at Two Harbors."