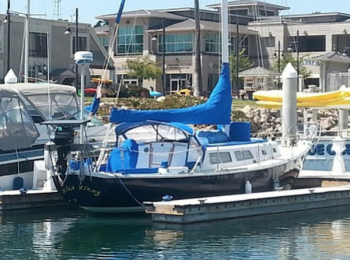 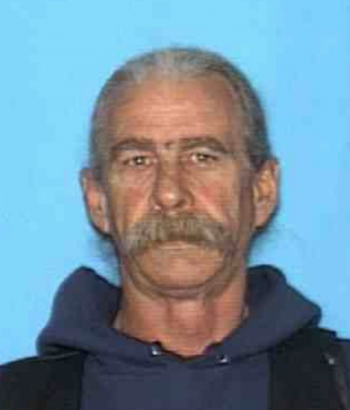 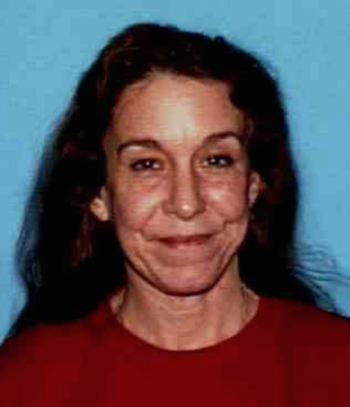 SMITH, Richard Martin (c. 1951-2014), 63, is the identification of the body found at Simonton Cove, San Miguel Island in August 2014. Neither the 34-foot sailboat, Xioa Xiang, nor Smith's sailing partner, his sister, Monique Krewedl, 57, have been found.

Channel Islands National Park Press Release: “On Wednesday, August 6, 2014, Channel Islands National Park rangers, Santa Barbara County Sheriff's Office deputies, and U.S. Naval Criminal Investigative Service (NCIS) special agents recovered an unidentified body on the beach at Simonton Cove on San Miguel Island. A joint investigation is being conducted by the National Park Service, NCIS, and Santa Barbara County Coroner's Office to identify the deceased and the circumstances associated with this incident. The body was found by a marine mammal biologist who was surveying the beach at Simonton Cove late in the afternoon on Tuesday, August 5. The condition of the body was deteriorated indicating that it had been exposed to the elements for some time.”

August 7, 2014 [LAT]: “A decaying body was found this week on a beach on San Miguel Island, spurring an investigation by federal and local authorities into the mysterious death. A marine mammal biologist surveying the beach at Simonton Cove late Tuesday afternoon discovered the body in what investigators described as "deteriorated" condition, "indicating that it had been exposed to the elements for some time." The Santa Barbara COunty Coroner's office will determine the cause of death. Santa Barbara County authorities are working with tChannel Islands National Park rangers and U;S Naval Criminal Investigative Service special agents.”

April 17, 2015: [SB County Sheriff's Dept. Press Release]: “Body Found on San Miguel Island in August of 2014 Identified. The Santa Barbara County Sheriff’s Office is releasing the identity of the male individual whose skeletal remains were found by Park Rangers on the beach at San Miguel Island on August 4, 2014. The Santa Barbara County Sheriff’s Office previously submitted DNA from the remains to the California Department of Justice (DOJ). On April 13, 2015, the Sheriff’s Office received confirmation from DOJ, establishing that the decedent was a missing person from Sacramento County. The deceased individual was 63-year-old Richard Martin Smith, who was reported missing in June of 2015. The female companion Mr. Smith was allegedly traveling with was 57-year-old Monique Krewedl of Sacramento. Krewedl was also reported missing and has not been found. Due to the level of decomposition of the body, the Santa Barbara County Sheriff’s Coroner’s Bureau was unable to establish the cause and manner of death and is classifying the cause of death as undetermined. However, in evaluating the physical evidence that was available, no evidence was found to indicate the death was the result of violence. Smith and Krewedl were last seen on May 28, 2014, leaving the Channel Island Marina in Ventura in a recently purchased sailboat. The available information indicated Smith and Krewedl planned to sail back to Northern California. When they were not heard from again, family members requested the United States Coast Guard search for the missing 34 foot sailboat, which was described as dark blue and white with blue sails and the name XIAO XIANG on the back. After an extensive search, the boat was not located and the Coast Guard requested the Sacramento County Sheriff’s Department conduct an investigation into the couple’s whereabouts. A missing person’s case was filed for both victims. The Sacramento County Sheriff’s Department is hoping that someone in Santa Barbara County may have seen the couple or the boat and is requesting anyone with information on this case to give them a call at 916-874-5115.”

April 18, 2015 [VCS]: “Authorities on Friday identified a body found last summer on San Miguel Island as a missing boater from the Sacramento area. Richard Martin Smith's body was so badly decomposed when found that investigators were not able to establish the cause and manner of death, but no foul play was suspected, officials said. Smith, 63, had been reported missing from Sacramento County. A woman he was last seen with, Monique Krewedl, 57, of Sacramento, also was reported missing and still has not been found. The pair were last seen on May 28, 2014, when they were leaving a harbor in Ventura County on a recently purchased 34-foot sailboat, Santa Barbara County sheriff's officials said Friday. Investigators determined the pair planned to sail back to Northern California. When they were not heard from, family members asked the Coast Guard to search for the blue-and-white sailboat named Xiao Xiang. The boat was not found, the Sacramento County Sheriff's Department continued investigating, and a missing persons report was filed for both people. A man's body was found Aug. 8 on San Miguel, off the Santa Barbara coast, but was not identified until Monday, when local officials received confirmation from the U.S. Department of Justice. A marine-mammal biologist studying sea lions discovered the body on the beach at Simonton Cove. Sacramento County authorities request that anyone who saw the boat call 916-874-5115. San Miguel, the westernmost island in Channel Islands National Park, is owned by the Navy and managed by the National Park Service. It is about 60 miles from Ventura.”

[unattributed, c. April 18, 2015]: “SACRAMENTO - A Nevada woman finally finds closure after hoping to find her missing father for nearly a year. Richard Smith, 63, of Sacramento, embarked on a sailing adventure on May 14, 2014. His daughter, Veronica Jackson of Carson City, Nevada said he spent his life savings to purchase a 34-foot blue sailboat called Xiao Xiang. Smith, his sister Monique Krewedl, and dog Chloe left the Chanel Island marina in Ventura County, and headed back to Sacramento. He sent a selfie to Jackson before embarking. However, no one heard anything from the three after that text message. “Three or four weeks after that, we were getting so freaked out,” Jackson said. “At first, we thought maybe their phones died, we didn’t know. So I called the Coast Guard after that.” For months, the Coast Guard launched an extensive search. The Sacramento County Sheriff’s Department followed up with a missing persons report. “If he’s just out there, floating, lost, or by the second month, if he was hungry, if they had enough water, just all kinds of things cross your mind,” Jackson said. Jackson said, little by little, hope turned into delusion. “I saw somebody in San Francisco last year, and I thought it was my dad, and I called the detective, and he said, ‘Honey, I don’t think it’s your dad,’ But I said ‘I do,'” Jackson said. He was going to go check it out, but then they found a possibly body. On August 4, 2014, authorities discovered a John Doe 60 miles west of the marina, on San Miguel Island. But his description did not match Richard Smith. “He says the guy was 5-6 my dad was 6-2. The guy had red hair,” Jackson said. “My dad had salt and pepper hair, So I didn’t really think anything of it.” Detectives were not convinced either, until they found John Doe was wearing what looked to be Smith’s size 13 shoes. “The only reason I remember that is before he left, I went to his house, and I saw the shoes, and I said, ‘Dad, why didn’t you get me a pair of these? These are sick.’ So that’s what really caught my eye, and the detectives’ eyes,” Jackson said. From there, Sheriff’s detectives hoped to close in on the case. They met Jackson in Tahoe, and collected a DNA swab to do a one-on-one comparison with John Doe. On April 13, 2015, the results came back positive. John Doe was Richard Smith. But the search is not over. Jackson’s aunt, Monique Krewedl remains missing. Authorities have not found the boat, nor the dog, either. “My cousins are really freaking out, asking ‘where is my mom,’ ‘where is my aunt,’ and it does suck, and it hit me a lot harder than I thought it would… I guess it’s better, and I’m relieved that they found his [my dad’s] body, and I found closure,” Jackson said. Jackson said she plans to get a picture of her father tattooed on her left arm, so he remains close to her heart.”