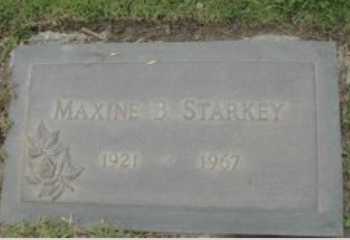 May 29, 1967 [San Bernardino County Sun]: “Woman scuba diver drowns off Catalina. Avalon — a woman drowned a mile off Catalina Island yesterday when she and her husband became entangled in a kelp bed after scuba diving. The body of Mrs. Maxine Starkey, 46, Manhattan Beach, was recovered by her husband, Marvin, and son, Michael, 17. Authorities said the couple was returning to their boat with depleted air tanks when they got caught in the sea growth. Starkey said he inflated his life preserver and could not reach his wife when she slipped beneath the water.”