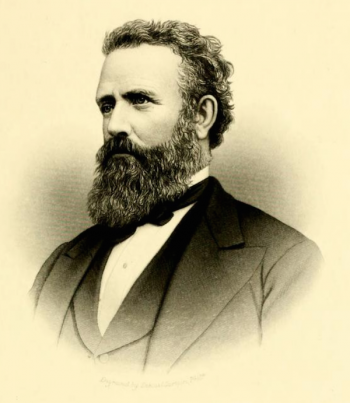 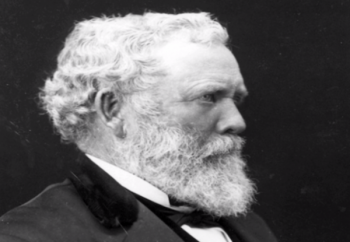 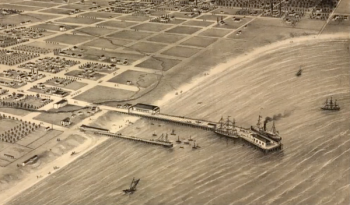 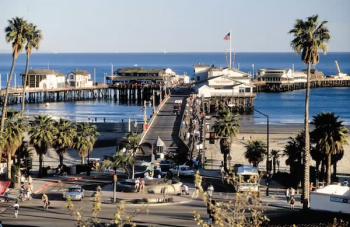 Stearns Wharf in the 21st century 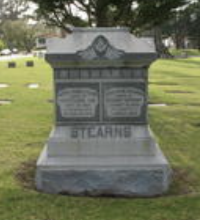 STEARNS, John Peck (1828-1902), New Englander who came to Santa Barbara with his wife, Martha, in 1867. He purchased property at the foot of State Street and opened a lumberyard before organizing a group of businessmen to invest in the construction of Stearn’s Wharf in 1872. Southern Pacific Railroad came to Santa Barbara in August 1887, and Stearns built a railroad trestle or wye from his wharf to East Beach so that he could unload lumber schooners directly to flatcars. The wye was later destroyed by storms. Stearns, a prominent Santa Barbara citizen, was elected mayor of the city in 1888 and served for two years.

In 1925, the State of California, conveyed the Tidelands and the Harbor area to the City to be held in trust for certain priority uses and purposes. In 1926, Max Fleischmann offered the City of Santa Barbara $200,000 toward the construction of a harbor if the City would match the amount. A detached breakwater was completed in 1928 with an extension to shore constructed in 1930. Sand accretion began immediately with Leadbetter Beach and the current harbor commercial areas being created within seven years after the breakwater as completed.

Today Stearns Wharf is the oldest working wood wharf in California. It is 2300 feet olong and has an area of 3.8 acres. It is supported by 2307 piles.

May 12, 1876 [SBDP]: “Yesterday afternoon Mr. J. B. Joyaux of Santa Cruz Island, brought suit against J. P. Stearns to recover a bag of coffee, which he claimed was illegally detained, or $45, the amount at which it was valued. The case was tried by jury. After hearing the arguments on both sides the jury found a verdict for the plaintiff in accordance with his demand.”

January 13, 1877 [SBDP]: “A couple of large flatboats are being built on the wharf. We used all our persuasive powers in endeavoring to discover their destinations, but without avail. Nothing would tempt those Stearn boat-builders to divulge their secret.”

November 15, 1877 [SBDP]: “A lady’s apron of barbarian manufacture was brought home by Mr. Stearns from his island trip. The apron is of bright scarlet opera flannel of the finest quality. In the center is a large bird wrought in blue and white silk, with intermingling threads of gold; flowers and leaves are also wrought upon the fabric, while a wide border of blue with shining golden threads extends along the upper portion. The whole befits barbaric taste and splendor.”

July 1, 1882 [SBDP]: “John P. Stearns, wife and daughter, returned Thursday evening on the steamer Los Angeles. Miss Stearns will spend her vacation at home, and will return to Mills’ Seminary at the commencement of the August term.”

September 22, 1883 [SBDP]: “There are 170 sacks of abalone piled up on Stearn’s Wharf. These shells are gathered by Chinamen at Santa Cruz Island and are brought here in large quantities by schooners.”

May 1, 1886 [SBDP]: “The newly reconstructed warehouse on Stearn’s Wharf is now 30 feet longer that it was before the accident. The wharf repairers have been engaged during the past week on the last aperture made by the Santa Rosa, and have that breach nearly closed up.”

February 14, 1888 [SBMP]: “The work of planking the addition that has been built on the south side of the wharf, was commenced yesterday morning.”

February 13, 1889 [SBDI]: “Mayor Stearns would be afraid to live in the county if Indians were on the Islands. At least he said so.”

May 22, 1896 [LAT/SB]: “The Gedney has returned from her surveying trip to San Miguel Island and is anchored near Stearn’s Wharf. Along side her is the graceful Madroño, the lighthouse tender. On the other side is Burtis’ boat and the Santa Rosa Island craft...”

February 15, 1900 [SBMP]: “To accommodate fishermen, a platform is bring erected at the junction of the two wharves, where the boat house formerly stood, for the accommodation of the fishermen.”

November 21, 1901 [SBMP]: “The gasoline schooner Santa Cruz, Captain Maggiolo, left yesterday for Santa Cruz Island with provisions. She did not get afar, however. The vessel got stuck in the kelp and disabled her machinery and began to drift. Sail was set, but there was little wind and it took her till late afternoon last evening to get back to her berth off Stearn's Wharf.”

March 7, 1902 [SBMP]: “John P. Stearns died Tuesday. Was an old pioneer of Santa Barbara. Active in the welfare of they City. One time Mayor...”

September 19, 1918 [SBMP]: “Acting on government orders local customs officials have closed Stearn’s Wharf from the gate on. This is in accordance with the new marine and navy regulation. However, those who desire, may use the wharf up to the new gate, but to get beyond the barred zone it is absolutely compulsory that all individuals have a permit. To secure a permit one must have three photos, each of which is posted on separate cards. One of these the owner keeps with him to show the guard at the gate, the second goes to the United States marshal’s office at Los Angeles, while the third is kept by the wharfinger. Incidentally, permits are to be issued persons known only to the wharfinger. All regulations are to be rigidly enforced. This order is far-reaching in its effectiveness, for the reason that at the end wharf there is a big warehouse wherein goods of all sorts are stored for shipment by steamer to various California ports.”