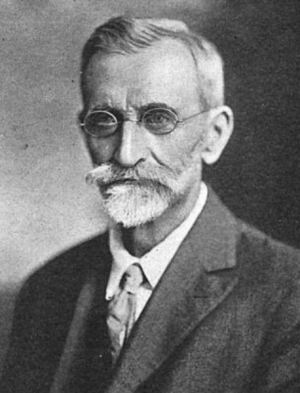 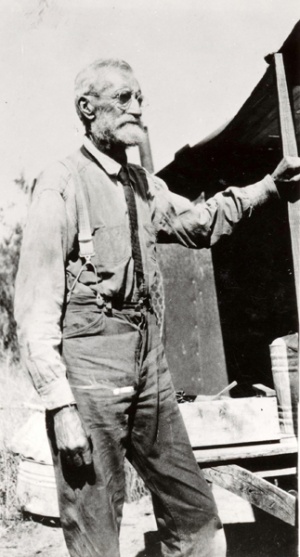 STEPHENS, Frank (1849-1937), New York-born pioneer field naturalist and self-taught biologist who was active in the southwestern United States. His family moved to Michigan when he was thirteen, and his schooling finished shortly thereafter because his help was needed with farm work during and after the Civil War. The family moved to Illinois where Stevens took up taxidermy. At the age of 24 he married and moved to Kansas, and soon thereafter continued his move west in a mule-drawn wagon. During a winter spent in Colorado Springs, Colorado ornithologist Charles Aiken taught Stevens how to make better bird skins. Stevens and his wife moved about between New Mexico, Arizona and California, and Stevens sold skins to Aiken, Donald R. Dickey, C. Hart Merriam, and the University of California and others. He joined the American Ornithologists’ Union as an associate in 1883, and became a member in 1901. In 1891 he was a collector for the Death Valley Expedition and later sold specimens to the U. S. Biological Survey.

Stephens collected a set of Bald Eagle eggs on Santa Catalina Island on March 16, 1893 [MCZ 4255]. He joined the Cooper Ornithological Club in 1894. In 1897 Stephens and his wife moved to San Diego, where Stephens remains the rest of his life. His wife died in January 1898, and in August 1898 Stephens remarried.

In 1907 Stephens and his second wife, Kate Brown, went to Alaska; in 1910 he joined Joseph Grinnell on a Colorado River Expedition. Stephens was a moving force behind the formation of a museum in San Diego, and in 1910 he donated his collections to the San Diego Society of Natural History, becoming a Patron and Fellow. In 1916 Stephens became one of the first three directors of the San Diego Zoo. In his 70s he went to Baja California three times with Laurence M. Huey. In 1934 at age 85 he retired from the museum with the title of Curator Emeritus.

During his long and prolific career, Stephens collected at least 45 type specimens, 14 birds and 26 mammals and five insects, and authored more than two dozen articles in Condor, including an autobiographical sketch. In 1934 at age 85 Stevens retired from the San Diego museum with the title of Curator Emeritus. Stephens died at age 88. He had no children.

The Fox Sparrow, Passerella iliaca stephensi is named in his honor. Bill Everett submits that the most famous species named for him is Stephens Kangaroo Rat, Dipodomys stephensi, the endangered little rodent responsible for halting development in much of Western Riverside County.

STEPHENS, Frank “Born near Portage Falls, Livingston County, New York, April 2, 1849. One of the most active collectors and field naturalists that have worked in the southwest. Since the early eighties Stephens has collected extensively in the desert regions of southern California and Arizona. In 1891 he was a member of the Death Valley Expedition of the U.S. Department of Agriculture. In recent years he has devoted his energies toward building up the Natural History Museum in Balboa Park, San Diego. His autobiography and portrait appeared in 1918 in The Condor, XX, pp. 164-166), and his work has received recognition from the Cooper Ornithological Club which, in 1913, elected him one of its Honorary Members. His name is borne by three southwestern birds: Stephens' Whippoorwill (Antrostomus v. macromystax), Stephens' Fox Sparrow (Passerella i. stephensi), and Stephens' Vireo (Vireo h. stephensi).”