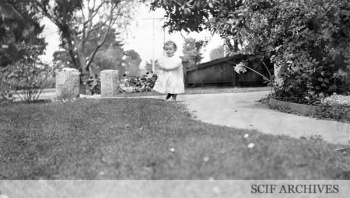 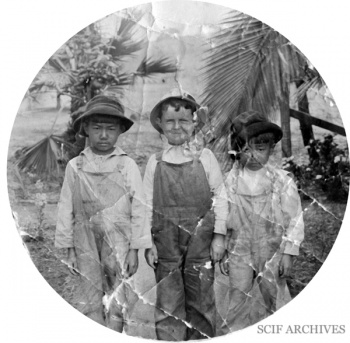 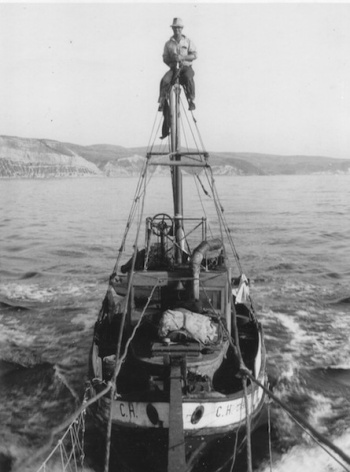 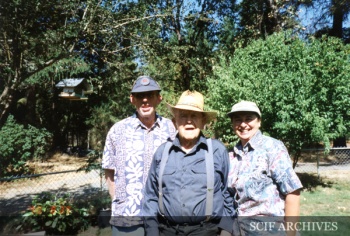 STEVENS, Urvin Fuller “Steve” (1909-1999)(SS#560-30-0159), long-time Santa Barbara fisherman who owned the C. H.. As a newborn, Stevens was left on the porch of Edwin and Addie J. “Jesse” Stevens, who lived on the northeast corner of Figueroa and Santa Barbara streets across from the Santa Barbara Court House. They adopted the baby, who went on to attend Washington Elementary School, and when the family moved to Summerland, he attended Carpinteria schools. Stevens was graduated from Carpinteria High School.

Steve Steven's father, Ed, sold a house to a fisherman by the name of Charles Hanson, and Mr. Stevens took the vessel C.H. as payment of $2500. Steve's father gave him the boat when he was a teenager. He used it to take David Banks Rogers of the Santa Barbara Museum of Natural History to the islands to hunt for Indian relics. Steve changed the vessel name to Ruby A for a short time, but changed it back to C.H..

In 1930 Stevens married Mauda Virginia Kapo (1911-1973). They lived in Summerland where they raised their children:

On July 21, 1932, Stevens chartered the Ruby A for a trip to San Miguel Island to his friend, Ralph Hoffmann, Director of the Santa Barbara Museum of Natural History. W. F. Daniell of Montecito, and James McMillan of Los Angeles, accompanied Hoffmann, and Captain Stevens ran the boat. At San Miguel Island the day they arrived, Hoffmann met a tragic accidental death while attempting to collect a plant on a steep cliff, about two miles from Cuyler's Harbor. Stevens wrapped Hoffmann's body in gunny sacks and returned it to Santa Barbara aboard Ruby A.

After 34-years of fishing the Santa Barbara channel, Stevens ran local charters and ran a tug. In 1970, he retired to Grant's Pass, Oregon, where he took up dousing. In 1978 he married Martha Davis.

August 9, 1927 [Lompoc Review]: “Search for bones of Don Juan Cabrillo. A report from Summerland states that the men sent out by the Santa Barbara Museum of Natural History to gather relics from the Indian graves on the islands are keeping an eye out for the grave of Don Juan Rodriguez Cabrillo, discoverer of Santa Barbara, is reported by persons returning from the islands. Urvin Stevens has moved the party of searchers and their equipment from the Santa Cruz to Santa Rosa Island, day's work,and has also brought back for them considerable quantities of relics. As many as seventy Indian skeletons have been exhumed from the burial places in the course of a single day's work. One of those showed ancient dentistry which preceded the present day method of putting gold caps over decaying teeth. This skeleton had a tooth which had been capped by the hollowing out of a piece of bone and then pressed down over the tooth and cemented with asphaltum.”