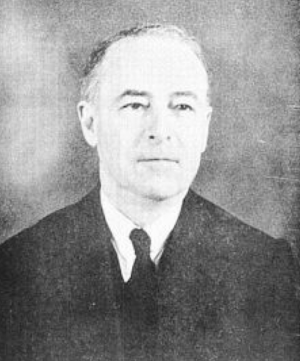 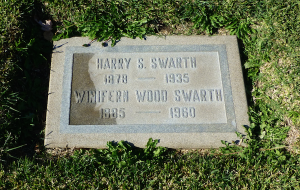 SWARTH, Harry Schelwald (1878-1935), born in Chicago, Illinois on January 26, 1878. Even as a young man growing up in Chicago, Swarth had an early interest in birds. He moved to Los Angeles in 1891, where he collected birds in southern California through 1916.

His diary from his 1899 trip is at California Academy of Sciences in San Francisco. From 1905-1908 Swarth was serving as an assistant in the Field Museum, Chicago, when Grinnell asked him to join the MVZ staff as Assistant Curator of birds. From 1910-1912 he was curator of birds in the Museum of Vertebrate Zoology; and again in 1915-1927. In 1913-1915 he served as assistant director of the Museum of History, Science and Art, Los Angeles. In 1927 Swarth was appointed curator of the department of ornithology and mammalogy at the California Academy of Sciences. Swarth joined Templeton Crocker on his 1932 expedition to the Galapagos Islands. Enroute to pick up Swarth in San Diego aboard Zaca, Crocker stopped at San Nicolas Island on March 12, 1932 and collected a number of birds for Swarth to prepare later. These specimens are at California Academy of Sciences.

In 1910 Swarth married Grinnell’s sister-in-law, the younger sister of Grinnell’s wife Hilda. Swarth also served for eighteen years as associate editor of the Condor. Swarth died on October 22, 1935 in Berkeley. Loye Holmes Miller named the extinct Pleistocene falcon, Falco swarthi, in his honor. Swarth correspondence (1909-1923) is in the files of the Museum of Vertebrate Zoology, Berkeley.

SWARTH, Harry Schelwald. “Born in Chicago, Illinois, January 26, 1878. An active and enthusiastic ornithologist who has carried on extensive work on the Pacific Coast, especially in Alaska, Arizona, British Columbia and various parts of California, and for the last 18 years has filled the position of associate editor of the Condor. He served as an assistant in the Field Museum of Chicago, from 1905 to 1908; curator of birds in the Museum of Vertebrate Zoology, Berkeley, 1908-12 and 1915-27; assistant director of the Museum of History, Science and Art, Los Angeles, 1913-15; and in 1927 was appointed curator of the department of ornithology and mammalogy in the California Academy of Sciences, San Francisco. Among his more important publications are the Birds of Arizona, 1914, several papers on the mammals and birds of British Columbia, and his revision of the Western Foz Sparrows of the genus Passerella, 1920. In recognition of his work, Prof. Loye Holmes Miller has named in his honor an extinct Falcon, Falco swarthi, from the Pleistocene asphalt of McKittrick, California.”

June 1, 1899 [H. S. Swarth diary]: “… In the evening Lee Chambers and Frank Haines left us, and walked back to Santa Monica, 24 miles, as they could not stay away any longer.