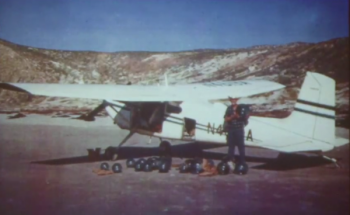 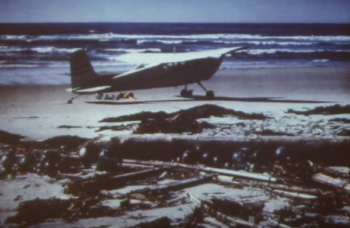 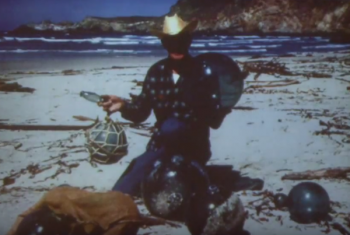 Simonton Cove, San Miguel Island is a five mile long bight with large sand dunes which forms the northwest face of San Miguel Island. It is just west of Harris Point. Simonton Cove acts as a collection basin for flotsam and jetsam, and is a good long sand stretch for beach combing.

D. B. Rogers reported: “The [Indian] settlement site which runs along the canyon which enters Simonton Cove has had almost unbelievable havoc wrought in its remains through the agencies of erosion.”

On August 30, 1911, the Comet ran into Wilson Rock in a dense fog before running aground at Simonton Cove.

SIMONTON, Frank(1852-1900) The place name, Simonton Cove, might have been named by Frank Simonton (1852-1900), U.S. Coast Survey employee aboard the vessel Hassler in the late 1870s. Simonton's great grand-daughter, Trudy Simonton, shared the following in a 2017 email:

"From high school he went to the Navy Yard Draughting Room because he was good at math. He was a draughtsman in 1883. He became Chief Draughtsman at the Yards and Docks Department. He was involved with the first drydock at Mare Island. In 1896, he was listed at a surveyor, and in 1897 he was a City Engineer in Vallejo. He went out in a rain storm to inspect a ship and died of "exposure" on 10 March 1900."

June 1, 1878 [Santa Cruz Weekly Sentinel]: “A Life on the Ocean Wave. A week ago yesterday, the trim, fast-sailing little yacht Sappho, of San Francisco, dropped anchor in our harbor, and the jolly party, once landed, immediately became the lions of the hour. They came for a good time, and, if appearances go for anything, have had it—their cups of pleasure being filled to overflowing. The boat left Napa May 23rd, in tow of the steamer, Princess, stopping at Mare Island, Vallejo, and San Francisco, and arriving at Santa Cruz on the Friday evening following. The party consisted of Mrs. Jesse Titus, Miss Monelle Stansbury, Miss Josie Mellor and Miss Katie Maclay of Napa City, Miss Annie Brownlie of Vallejo, and Lieut. Frank Simonton, of the U.S. Steamer Hassler, as passengers;...”

December 31, 1895 [LAT]: “In quest of a treasure…story of an ancient key map… The legend, in substance, is that in the days when the Indians roamed in savage content over Santa Barbara, a Spanish lark, conveying a colony of Castillians, was wrecked on the treacherous Westcott Shoals off San Miguel Island. The vessel had on board a fortune in Spanish doubloons. These, the legend runs, were saved from the wreck and were buried on the island in the vicinity of what is now called Simon’s [Simonton’s] Cove…”