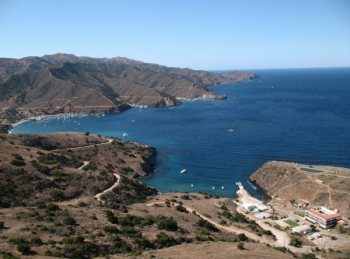 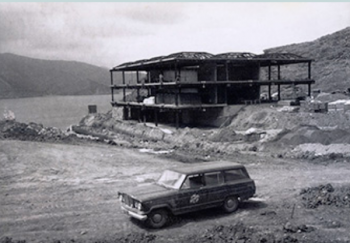 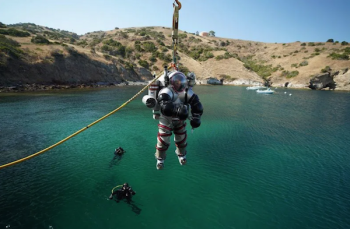 The state-of-the-art research center and teaching facility on Catalina Islandis available for use by USC faculty and students, researchers from other universities, conference organizers and a wide range of educational groups. The Philip K. Wrigley Marine Science Center offers the following:

SPACE VOYAGE BEGINS WITH VOYAGE TO BOTTOM OF THE SEA

November 27, 2019 [scienceblog.com]: “Ever wonder how astronauts prepare to live in space for long stretches of time? They go underwater. The ocean is a great analog for space exploration. Astronauts can use the extreme underwater setting to simulate what it’s like to work on space missions; the buoyancy in water is similar to the lack of gravity in space. This August, astronauts from the NASA NEEMO NXT mission made the USC Wrigley Institute for Environmental Studies’ marine science center on Catalina Island their home base to test equipment and train for future exploration of the moon or Mars. Their goal was to judge whether the location would be a suitable stand-in for the environment astronauts will encounter in space. The crew of scientists, engineers and astronauts brought along an exosuit — a hard metal dive suit that allows a diver to perform delicate work at depths of up to 1,000 feet — and a two-person mini-submarine as stand-ins for a spacewalking suit and lunar rover. They spent a week and a half piloting the submersible and exosuit, testing tools, techniques and tasks that they would carry out on a space mission. “With these analogue missions everything is made to be as realistic as possible without leaving Earth, so we will be as busy as astronauts on the Space Station, using similar operational techniques with mission control, briefings and procedures,” astronaut Thomas Pesquet said in a statement. NEEMO NXT, an acronym for NASA Extreme Environment Mission Operations Neoteric eXploration Technologies, is an extension of the long-running NEEMO program, which sends groups of astronauts, engineers and scientists to live in Aquarius, the world’s only undersea research station, for up to three weeks at a time. The USC Wrigley Marine Science Center is distinctively positioned to host this kind of testing. The research and educational facility, home to state-of-the-art laboratories, a conference center and housing, is situated in Big Fisherman’s Cove, a marine-life refuge with access to temperate nearshore and open-water environments. It also houses a helicopter pad and the USC-Catalina Hyperbaric Chamber, which is dedicated to treating scuba diving casualties 24 hours a day, year-round. The center has previously hosted a number of other scientific expeditions, including a test of unmanned submarines for Boeing. “With the logistical support that we could offer and all of our facilities, it almost appeared as though they were designed for NASA,” said Sean Conner, the center’s associate director of operations. He added that the institute’s staff felt a great sense of pride helping the NEEMO team accomplish their mission. Given the success of August’s test run, the NASA mission may return to Catalina Island to continue their testing and training at the USC Wrigley Marine Science Center. ”