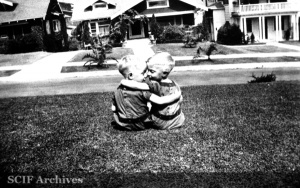 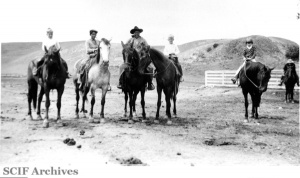 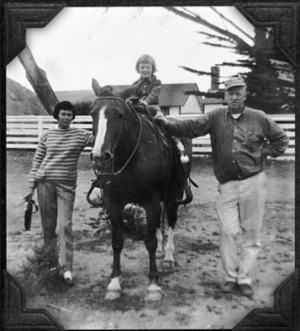 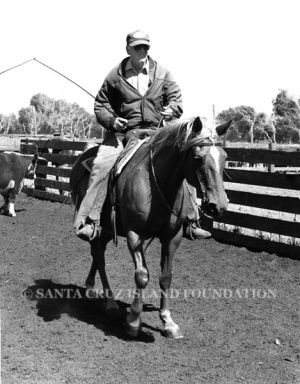 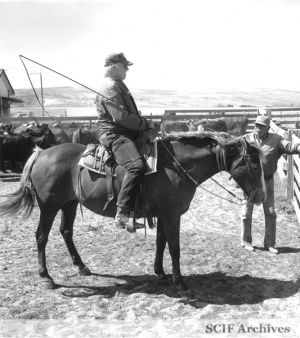 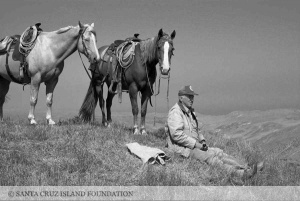 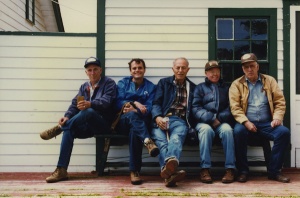 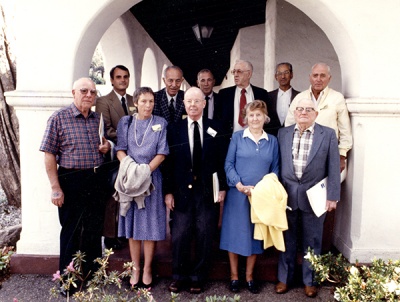 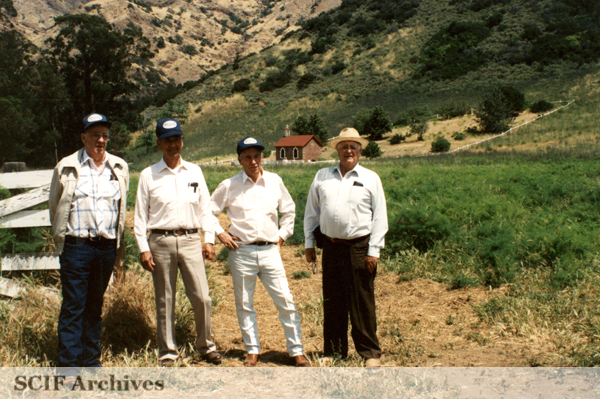 “I grew up cowboying. I can’t remember when I started. It was just something I always did. Spent summers cowboying on different ranches in California, not just the island, then went to college in 1942 at Davis and UCLA. I wasn’t too happy with college…When the war started, I was 4F—I was turned down twice for the service, once in the Navy Air Corps and the Army. It was my asthma. So I was on Santa Rosa Island all those years… I liked it best out here. Didn’t go to the mainland very often…”

Al Vail became manager for Vail & Vickers in 1962 after the death of his uncle, Ed Vail. He was known as a cattleman with integrity — someone who did business on the value of a man’s handshake.

In 1956 Al Vail married Kay Sutherland, and they had two daughters:

November 8, 1941: “The first contingent of the Museum party left Terminal Island at 8:00 A.M. November 8, 1941, sailing on the Velero III, as guests of Captain Allan Hancock. The museum group consisted of Kenneth Stager, mammalogist and ornithologist; Mrs. Stager, as field assistant to her husband, and camp cook; King A. Richey, paleontologist; Harry Fletcher and John C. Stock, assistant paleontologists, and the writer [John A. Comstock], as coordinator. Anchorage was made in Becher’s Bay just before dusk, in a high wind. Landing dunnage and camp supplies proved difficult, but was finally completed without mishap. Mr. N. R. Vail furnished a tractor and trailer to move the equipment and supplies from the pier to a cabin which was generously placed at the disposal of the Survey party. Mr. [Al] Vail and the ranch foreman, Mr. George Haise, were very helpful in organizing facilities for the convenience and comfort of our group…” [LACM Expedition #13.] Comstock, John A. Brief notes on the expeditions conducted between March 16, 1940 and December 14, 1941. Contributions from the Los Angeles Museum Channel Islands Biological Survey. Bulletin of the So. Cal. Acad. Sciences XLV, May-August, 1946, Part 2.

May 11, 1997 [LAT]: “We are disappointed that the federal government has done it again. The federal government has demonstrated that it is unable to keep its word. Ordinary citizens who believe an agreement means something don’t have a chance when they are up against the bureaucracy. The Channel Islands National Park was created and Santa Rosa Island was acquired with a clear understanding that Vail & Vickers would be able to continue its historic cattle operation for 25 years. Obviously the proposed management plan is a thinly veiled attempt to renege on the federal government’s agreement. The proposed management plan grossly overstates the impact on the environment. The cattle operation has been on the island for more than 95 years and has been managed successfully by Vail & Vickers. The cattle and wildlife management operations cannot be causing this wholesale damage or else the federal government would not have been interested in turning it into a national park in the late 1980s. The proposed management plan not only violates the agreement reached at the time of acquisition, but the plan they have asked us to implement is impossible. They demand drastic changes that include the wholesale slaughter of hundreds of elk and Kaibab mule deer. We are taking steps to persuade the federal government to honor its agreement. Al Vail, Managing partner, Vail & Vickers, Santa Barbara.”