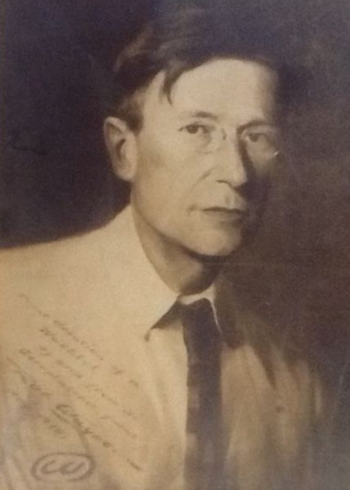 WACHTEL, Elmer (1864-1929), American painter who lived and worked in Southern California, known for his impressionist landscapes. Wachtel was born in Baltimore, Maryland on January 21, 1864. He moved to California in 1882 to live with his brother, who was working in San Gabriel. Wachtel worked as a ranch hand and as a furniture store clerk while saving money to attend art school. He also worked as a violinist, playing for the Philharmonic Orchestra of Los Angeles. Wachtel was largely self-taught as a painter. He studied at the Art Students' League in New York for two months and then later at the Lambeth School of Art in London. Wachtel married sculptor Marion Kavanagh in 1904; the two lived in the Arroyo Seco region of Los Angeles. Wachtel was known for painting California's landscapes, rather than European landscapes.

On August 31, 1929, Wachtel died suddenly at age 66 while on a painting trip in Guadalajara, Mexico. He was at the Hotel Fenix. He is buried in the Panteón de Mezquitán, Guadalajara, Jalisco, Mexico. 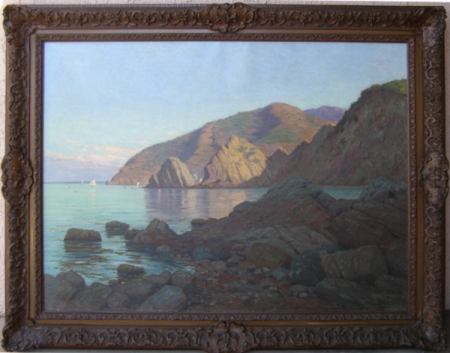 Descanso Bay Looking towards Avalon, Santa Catalina Island
Elmer Wachtel, c. 1890
Painting owned by Hancock Banning Sr. when he and his wife Anne
had a home in Descanso Bay
Retrieved from "https://www.islapedia.com/index.php?title=WACHTEL,_Elmer&oldid=98040"